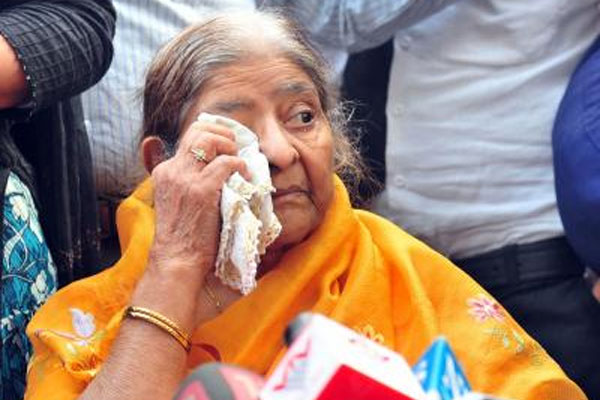 New Delhi: The Supreme Court on Friday dismissed the appeal filed by Zakia Jafri, wife of Congress leader Ehsan Jafri who was killed during the violence at Ahmedabad’s Gulberg Society in 2002, challenging the SIT’s clean chit to the then Gujarat Chief Minister Narendra Modi and others during the riots in the state.

A bench headed by Justice A.M. Khanwilkar and comprising Justices Dinesh Maheshwari and C.T. Ravikumar upheld the decision of the magistrate in accepting the final report submitted by the SIT and rejecting the protest petition.

The bench said the appeal filed by Zakia Jafri is “devoid of merits and deserved to be dismissed”.

Detailed judgment in the matter will be uploaded later in the day. In December last year, the top court had reserved the verdict on Jafri’s plea.

During the hearing, senior advocate Mukul Rohatgi, appearing for the SIT, submitted that the top court should endorse the decision taken by the Gujarat High Court on Jafri’s plea. He added that it will become an endless exercise, being pushed by some motives of social activist Teesta Setalvad — the second petitioner in the petition.

Concluding the arguments, Rohatgi submitted before the bench that nobody had “raised a finger” against it on the probe in the 2002 Gujarat riots.

Senior advocate Kapil Sibal, representing the petitioners, cited work done by Setalvad’s organisations and added that to paint somebody anti-Gujarat is unfair. Sibal said this is yet another occasion when the majesty of the law is being tested and he is not keen on targeting anybody and emphasized that it was SIT’s task to find out who the offenders were, if any offence has been committed.

He said the matter can be closed, if nobody did it and all this happened without anybody doing it, in the backdrop of the material before the court. “But if you feel that offences have been committed then who is responsible is a matter of investigation,” Sibal said.

Rohatgi had contended that allegations have become wilder over the years, and emphasized that SIT diligently investigated each and every allegation, made recommendations for prosecution of many who had earlier been left out. He had submitted that allegations about a larger conspiracy were found to be based on the statements of three tainted police officers — R.B. Sreekumar, Rahul Sharma and Sanjiv Bhat.

Urvashi Rautela talks about her pan-India debut film ‘The Legend’