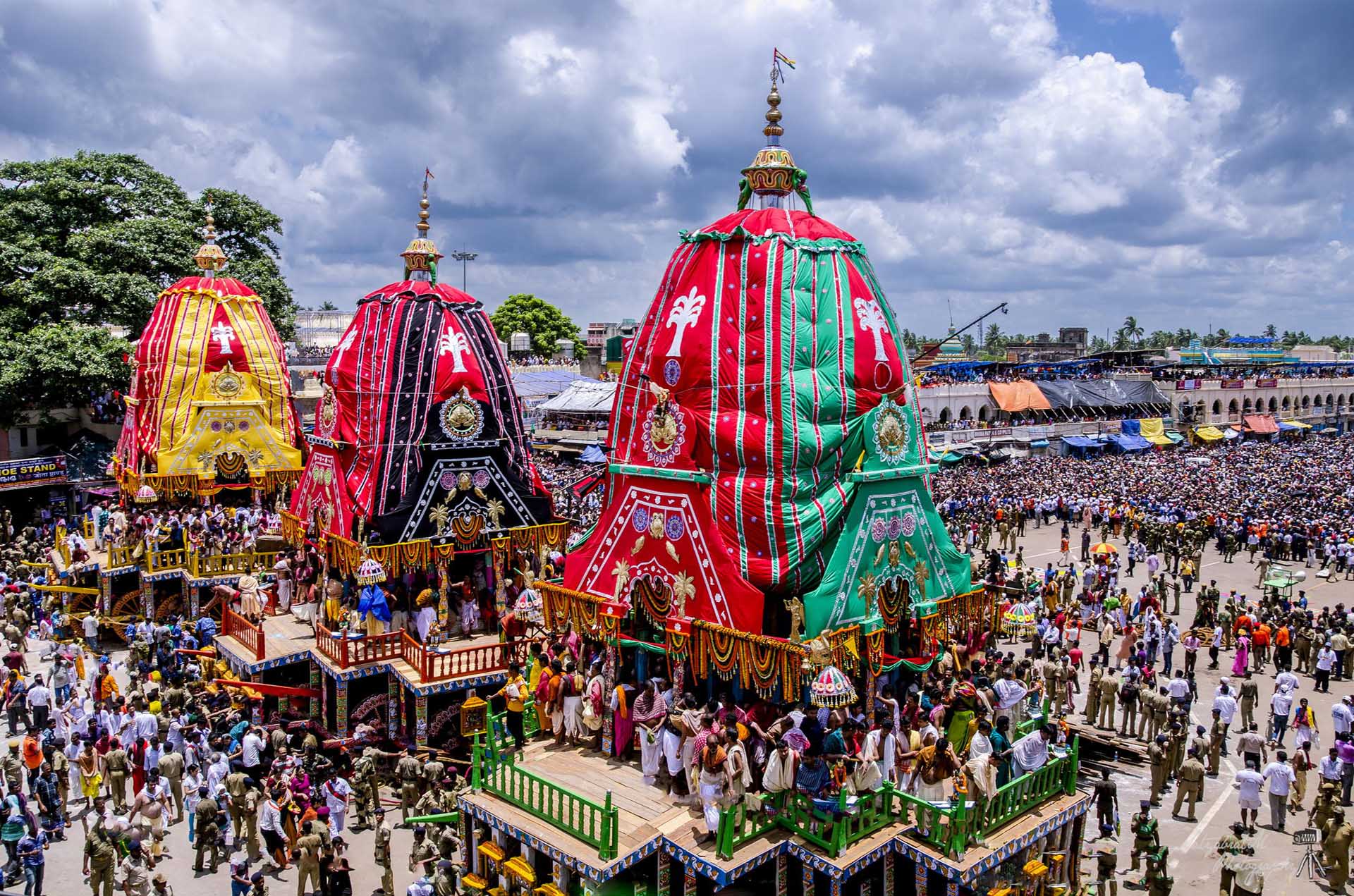 Puri: A sea of devotees thronged the pilgrim city Puri to have darshan of Lord Jagannath on Bahuda Jatra (return of deities from Gundicha Temple).

Lord Jagannath and siblings Lord Balabhadra and Goddess Subhdara as well as His weapon Sudarshan will make their way back to Srimandir today after a week-long sojourn at Gundicha Temple.

Elaborate arrangements have been made by the district administration as well as the police for smooth conduct of Bahuda Jatra of deities.

The deities will give darshan to their devotees on chariots after 9-day stay at the Gundicha Temple.