Dhamnagar bypoll: BJD, BJP throw political slur at each other 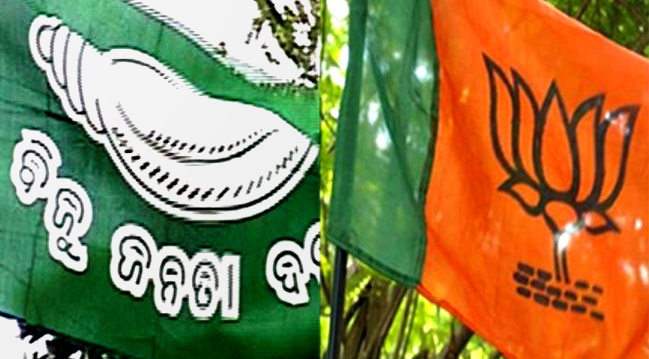 Bhubaneswar/New Delhi: With the polling date for by-election to Dhamnagar Assembly constituency in Bhadrak getting nearer, the arch rivals BJD and BJP threw political slur at each other, today.

Senior BJP leader and Union Minister Dharmendra Pradhan and the party’s national spokesperson Sambit Patra met the Central Election Commission (CEC) in New Delhi and alleged against the ruling BJD that the latter has been violating Model Codes of Conduct, thereby hindering free and fair poll.

“We came to the CEC when we were disappointed with respective State Election Commissions (SECs) over irregularities in the by-elections to Odisha’s Dhamnagar and Telangana’s Munugde Assembly constituencies,” the Union Minister Pradhan stated while briefing mediapersons.

“We met the CEC in connection with violation of Model Code of Conduct by BJD in Odisha bypolls. BJD makes administrative officers act like its party workers. In a video, a woman officer was distributing money, saying those who came to our program will be given money. In the second incident, an official says that the panchayat which will win will be given Rs 1 crore,” Patra expressed.

On the other hand, BJD observer for Bhadrak and MLA Pranab Kumar Balabantaray alleged in a press conference that the BJP has been intentionally insulting woman Self-Help Group (SHG) members in the district. BJP has allegedly distributed money through a woman to woo local voters, who had covered her face with a cloth. A video of the woman doing the illegal act has gone viral on social media.

BJD respects women in the State and has been working for the welfare of SHGs. The saffron party should stay away from doing the nasty politics of blaming woman SHG members, Balabantaray said.