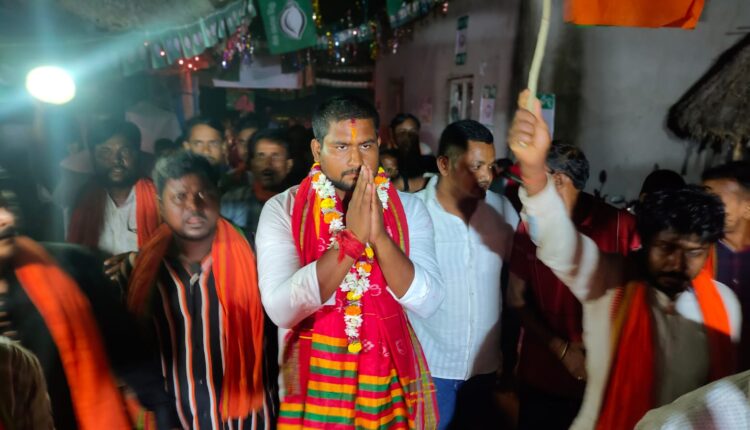 Bhadrak: Putting all speculations to rest, the BJP retained the Dhamnagar Assembly Constituency in the bypoll as party candidate Suryabanshi Suraj secured victory with a margin of 9,881 votes.

On the other hand, the Congress faced another major poll debacle in Odisha as mere 3,561 votes (with a vote share of 2.18%) were polled in the favour of its candidate Baba Harekrushna Sethi.

Former BJD leader Rajendra Kumar Das, who had decided to contest the election as an Independent candidate and was subsequently expelled from the party, dented BJD the most as he got 8,153 votes (with a vote share of 4.98%), slashing the vote share of the ruling party significantly.

The bypoll was necessitated after the demise of MLA and BJP leader Bishnu Charan Sethi. The saffron party had fielded his son Suryabanshi Suraj as its candidate for the election.

Dhamnagar bypoll result: Counting of votes to begin at 8 am…