Bhubaneswar: Congress released its star campaigners list for the upcoming Dhamnagar bypoll scheduled to be held on November 3.

Besides, OPCC working president Chiranjib Biswal, CWC member Bhakta Charan Das and MP Saptagiri Ulaka have been selected among others to campaign for the party candidate Baba Harekrushna Sethi in the bypoll.

While the party has added its eight legislators as the star campaigners to 30-member list, Barabati-Cuttack MLA Mohammed Moquim has been excluded from the list.

Here’s the complete list of star campaigners of Congress for Dhamnagar Bye-election: 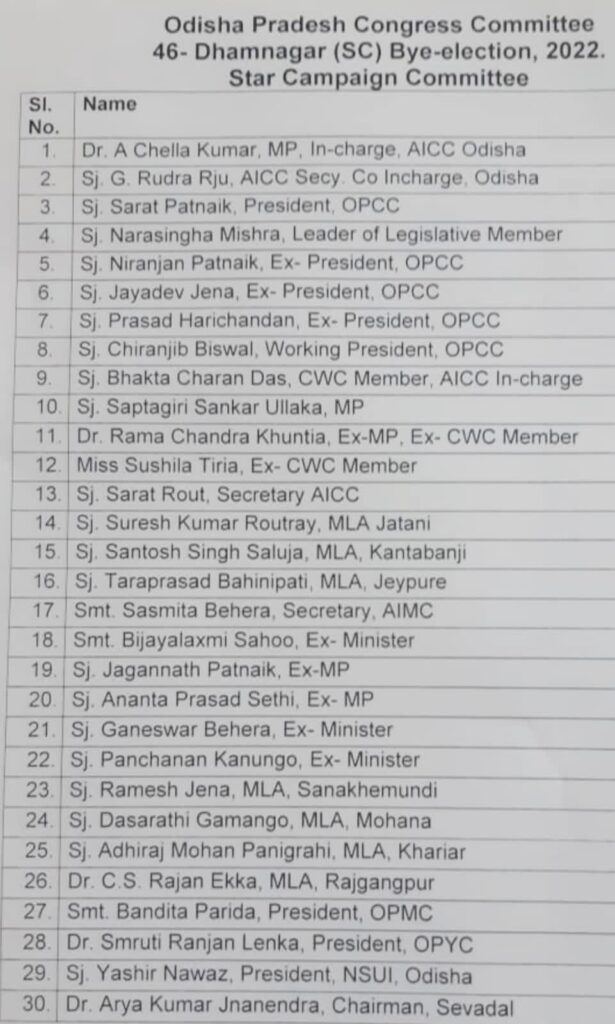 Police identify victims of US shooting, suspected gunman in custody

Astronauts aboard SpaceX spacecraft back to Earth safely