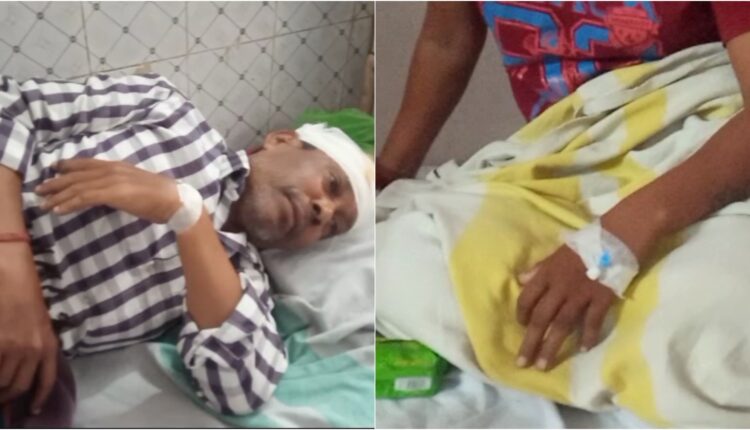 Bhadrak: A father and his daughter were attacked by a group of people and were seriously injured over casting of votes in recently held Dhamnagar bypoll in Bhadrak district.

The victims have been admitted to the Bhadrak district headquarters hospital in critical condition.

The incident occurred at Talagopabindha village under Tihidi Block late on Friday night, a day after bye-election to Dhamnagar Assembly Constituency.

According to reports, a particular party had reprimanded two families of the village barring them from casting of votes in the bypoll. Paying no heed, eligible voters of the families went ahead to elect their representative.

Reacting to the act, the party members attacked a father and his daughter with an iron rod for violation of their diktat.

A written complaint has been lodged at the Tihidi Police Station in this regard and the probe is underway.

Dhamnagar bypoll was held on November 3 and the votes will be counted on November 6 (Sunday). Total five candidates contested in the bye-election.

Over 800 cattle rescued, 4 detained in smuggling case from Odisha’s Balasore

Dhamnagar bypoll: Read who are in BJD rebel candidate Raju…