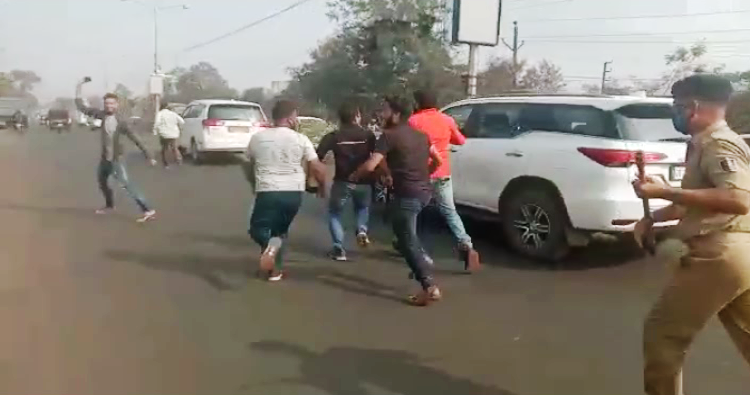 The activists under the leadership of Odisha Pradesh Youth Congress (OPYC) President Smruti Ranjan Lenka showed blacks flags and raised slogans against Union Minister as a mark of protest over steep price hike of petroleum products. They also protested against three farm laws recently passed by the Union Government.

Pradhan faced the protest when he was on his way to Mahanga in Cuttack district to meet family members of two deceased BJP workers, who were allegedly killed by some miscreants last month.

“Farmers all over the country have been protesting against the black farm laws. Meanwhile, prices of the petroleum products have increased manifold during the pandemic situation putting further pressure on the common people. We stand in solidarity  with the farmers and will fight following the path of non-violence,” said the OPYC President.

Lenka further warned that they will further intensify the protest in coming days and the P & NG Minister will be shown black flags wherever he goes throughout the state.