Dhoni’s mentor passes away after prolonged illness in Ranchi 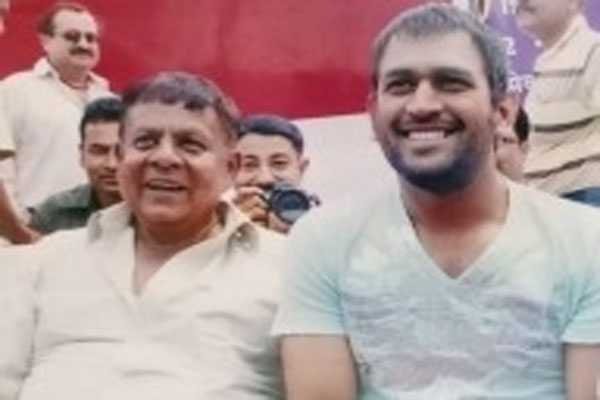 New Delhi: Deval Sahay, mentor of cricket icon Mahendra Singh Dhoni and who is credited with preparing first turf pitches in Ranchi, passed away due to multi-organ failure in the early hours of Tuesday in a hospital in the Jharkhand capital.

Sahay was 73, and is survived by his wife, a daughter and a son.

Sahay, whose first name was Deobrat but was popularly called Deval, was admitted to a hospital due to breathing problems and was laid low by coronavirus while in hospital. He was discharged from the hospital on October 9.

“After spending about 10 days at home, he was again admitted to a hospital when he developed complications. And today at around 3 a.m. he passed away,” Sahay’s son Abhinav Akash Sahay said  from Ranchi.

Sahay’s daughter Meenakshi, who lives in America, is in Ranchi these days. His funeral will take place at around 1 pm in Ranchi.

Sahay, an electrical engineer, was instrumental in preparing first turf pitches in Ranchi, first at MECON, where he was the Chief Engineer, and then at Central Coalfields Limited (CCL), from where he retired as Director (Personnel). Dhoni’s father also worked at MECON.

While he was at CCL, Sahay hired a young Dhoni on stipend and provided him the first opportunity to play on turf pitches.