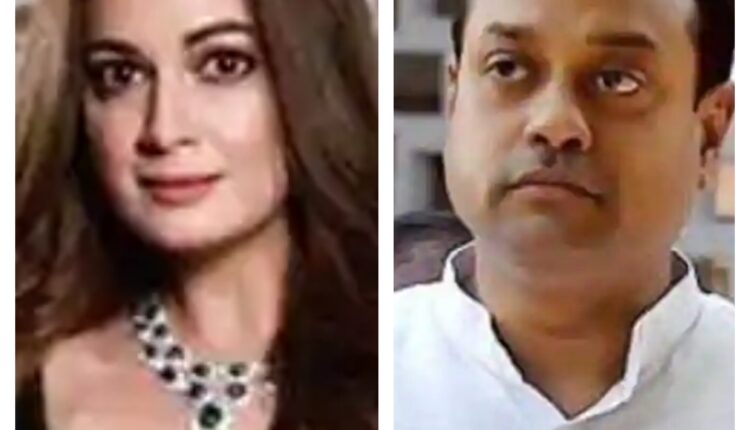 Bhubaneswar: A war of words broke out between BJP national spokesperson Sambit Patra and Bollywood actress Dia Mirza on Twitter after the former posted a picture of a boy sitting over the body of a 60-year-old civilian on the social media captioning it “PULITZER LOVERS ??”

In her reaction, Mirza wrote on Twitter, “Do you not have an iota of empathy left in you??”

Replying to the Bollywood actress, the BJP leader posted, “Madam …this is the time when You should hold a placard close to your heart reading “I am ashamed because of Pak sponsored Jihad in Kashmir” But you all are selective .. You’ll never do that ..”

When Mirza asked you haven’t answered my question on the social media, Patra wrote, “Yes Madam I have EMPATHY ..for my forces ..for Every Indian Citizen irrespective of their religion..Unlike you whose Empathy is selective. Remember I am not a Selective Placard holder. BTW I am your fan and would love to see you with a Placard condemning pak sponsored Jihad today”

The Bollywood actress countered, “Empathy is not selective. We either have it or we don’t. No child should ever have to endure the pain and horror this child has. Stop the politics and you have my support. With or without a placard.”

Film Director Hansal Mehta also joined the verbal duel on Twitter and said, “This man who is supposed to be a spokesperson for the ruling party but is nothing but a troll and chronic abuser must be reported.”

In Kashmir’s Sopore, the elderly man was killed in the cross-firing when an encounter broke out between militants and security forces on Wednesday morning. He was killed right in front of his three-year-old grandson. Later, the picture of the boy sitting on his grandfather’s dead body appeared on the internet.