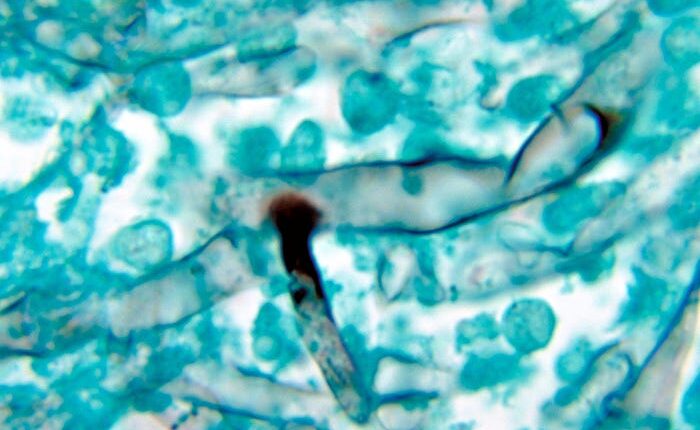 New Delhi: Since the early days of the coronavirus pandemic, patients with diabetes have been in the spotlight for their increased risk of severe Covid-19 outcomes. Now health experts say diabetes, coupled with Covid, may be the reason for the sudden spike in mucormycosis or ‘black fungus’ infections in the country.

India is known as the world’s diabetes capital. Nearly one in six people with diabetes in the world is from India. Available scientific literature reveals that diabetes damages the pancreatic beta cells and leads to insufficient insulin production, resulting in hyperglycemia — a condition which causes dysfunction of the immune response. Besides, diabetes medication also suppresses immune responses.

Covid also decreases immunity and the drugs used for its treatment such as steroids and IL-6 inhibitors (tocilizumab) also leads to further immune suppression.

“Covid-19 itself is more common and severe in diabetic patients, and there is high likelihood that diabetic patients who developed Covid required ICU admission and use of drugs like steroids and tocilizumab. Such drugs also decrease immunity and make an individual more prone to opportunistic infection like mucormycosis,” Dr Asmita Mehta, Head, Department of Respiratory Medicine at Amrita Hospital, Kochi.

Mucormycosis was present even in the pre-Covid era, but is an opportunistic infection. The fungal infection is caused by a group of molds called mucormycetes. These molds live throughout the environment. Mucormycosis mainly affects people with damaged tissue or decreased immunity.

However, it has become one of the rapidly spreading infections observed in those recovering from Covid-19. India has so far reported approximately cases of 8,848 mucormycosis or black fungus.

“Ninety-four per cent of the people who developed black fungus infection after Covid had diabetes and 67 per cent of them had uncontrolled sugars,” Mehta told IANS.

“When the sugars are not controlled, the increased level of sugar in blood provides acidic media which is a favourable environment for the growth of black fungus. Thus, the reason behind increased black fungus cases now can be attributed to uncontrolled diabetes and the use of drugs, which causes further decrease in immunity,” Mehta added.

People who have had moderate to severe Covid illness must avoid crowded places, visiting construction sites, garbage dumping sites or indulge in gardening and should wear masks properly and keep safe distance while interacting with others.

For those who have diabetes, they should try to keep their sugar levels under control. Judicial use of steroids and other immunomodulators in the treatment of Covid-19 has been recommended by all medical bodies, Mehta said.

Maintenance of good hygiene and cleanliness is a must. Regular oral hygiene care with mouthwash, povidone-iodine gargles must be done. While administering oxygen, water for humidification must be sterile and there should be no leakage from the humidifier, Prasad advised.

But for those infected, early diagnosis is a key point in initiating treatment, as the deadly disease has more than 50 per cent mortality even after best treatment possible. Early surgical debridement followed by antifungals like liposomal amphotericin B (3-5mg/kg) is the mainstay of treatment.

Centre exempts Customs duty on import of raw materials for…