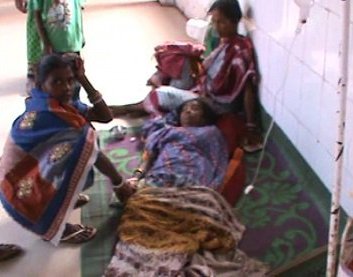 At least 50 people have been affected with diarrhoea in Santoshpur village under Anandapur Block in Odisha’s keonjhar district.

Mob torch dump truck in Odisha after woman killed in…

With the health condition deteriorating, a medical team from Phakirpur Community Health Centre reached the village and provided medical aid to the diarrhoea affected.

Anandapur hospital Medicine Specialist Dr. Pramod Kumar Behera said, “About 50 persons in Santoshpur village have been affected with diarrhoea. This apart, 14 of them have been admitted to hospital. Food poisoning is the cause behind spread of the diarrhoea.”

Suhagi Nayak of the village was killed in the water-borne disease on Thursday, villagers said.