Did you know Irrfan Khan acted in this Odia movie?

ENTERTAINMENTODISHA LATESTTOP
By Sambad English Bureau On May 1, 2020 Last updated May 1, 2020 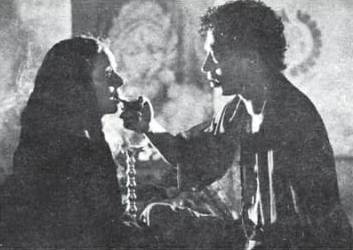 Bhubaneswar: Walking down the memory lane while reminiscing all of the amazing pieces of work of the late actor Irrfan Khan, we stumbled upon his connection with the Ollywood.

Yes! Irrfan Khan did work in an Odia movie during his struggling days of his eventful career.

The versatile actor was once a part of an Odia feature film ‘Tara’ that was shot in 1991. Irrfan’s role in the movie was opposite actress Dolly (aka Bijaya) Jena, who was also the director of the film.

The actress said that she had not come across Irrfan’s works by the time she was preparing to shoot ‘Tara’ in 1991. She was introduced to him by film director Govind Nahilani. Soon after, Dolly, Irrfan and Nilav Kaul moved to Bhubaneswar and started shooting for the movie in the Kalinga Studio here.

The actress revealed that during the shoot, she and Irrfan had a slight difference in opinion regarding a particular scene but the issue was soon resolved and the work continued. But, later the actor was informed that his sister fell sick and was in need of immediate medical attention. After receiving the news, Irrfan left for home and the shooting was paused for a while.

Later, when Dolly resumed the second phase of the shooting, she did receive a call from Irrfan but due to some reasons, she reportedly said him a ‘no’ for joining to shoot again. Irrfan was thus, replaced by another actor in the project.

Eminent filmmaker Gadadhar Putty also had to say so much about the fallen star.

Sharing his memory with Irrfan, Putty said that he met the actor on the sets of ‘Tara’. He was a friend of Dolly’s and during one of his visits to the sets, the actress introduced him to Irrfan.

Putty praised Irrfan’s silent and humble nature and said that he was an incredible artist with a lot of humility and subtlety.

He also talked about his methods of acting and said that Irrfan approached him to understand the meanings of certain Odia words in the script. He said that understanding them well will help him express the right emotions while shooting. Putty added that before giving the shots, Irrfan used to listen to the director’s narrations very attentively and prepared minutely before giving his best shot.

Irrfan Khan has rested now. But, his work and his humility are still reverberating on the walls of the Indian film industry and will continue to do so.

Ollywood may not have a full exhibit of his performance in its archives but the fact that he was once here in the city of temples and had shot in a studio here, will be cherished forever.