Diesel-like substance oozes out from crevice in Odisha’s Kandhamal 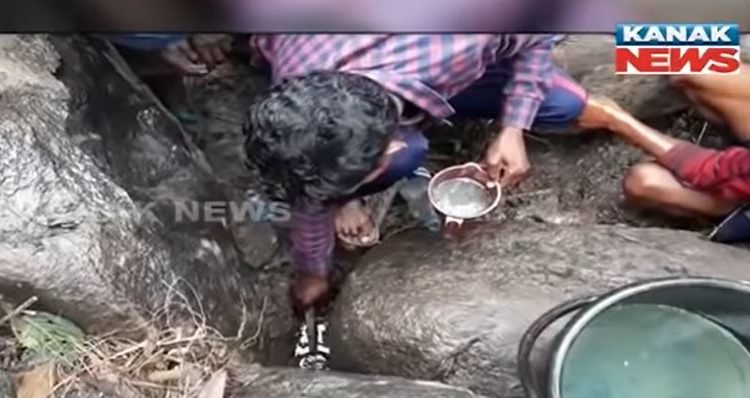 Daringbadi: Residents of Ladapanga in Daringbadi of Kandhamal district were seen today carrying bucket, jar and bottles to the nearby hilly area to collect diesel-like substance.

As per reports, initially a local spotted the diesel-like liquid oozing out from a crevice in the rock. Out of curiosity, he then collected the liquid which was smelling like diesel. Soon the news spread like wild fire and people gathered at the spot carrying containers to collect ‘diesel’.

A local informed the owner of a petrol pump located some 400 meters away from the spot suspecting leakage. But, the petrol pump owner feigned ignorance about any such leakage.

There was so much rush to collect the diesel-like liquid from the crevice that police were called in for crowd control.

Delhi Elections 2020: AAP to storm back to power, but BJP to make gains