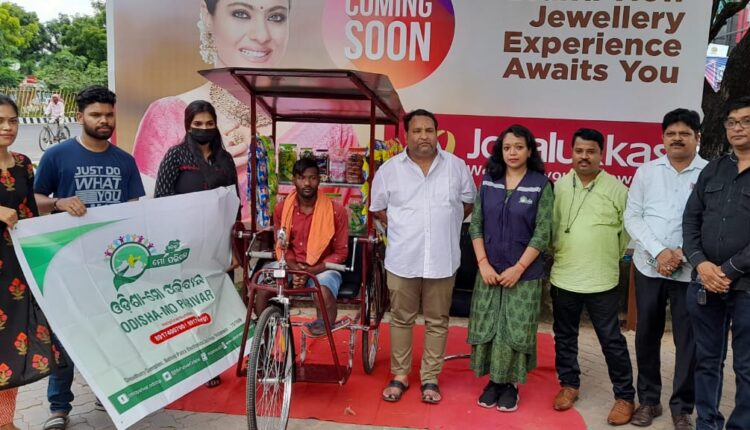 Bhubaneswar: A differently-abled youth named Lipuna Pratihari from Bhubaneswar was once living on the mercy of others. He was not capable even to arrange a square meal in a day.

However, he became self-dependent to eke out a living for him and his family after he was given a tri-cycle and  financial support to start his own shop on it by Odisha Mo-Parivar, today.

Lipuna had physical deformities since his birth and was not able to stand. Previously, he had no other choice than to beg alms to feed his family. Most of the times, the family had to starve as they were living in penury. At times, he faced the adverse comments of some people, the youth expressed.

“I used to beg near Press Club. One day, joint secretary of Odisha Mo-Parivar came to know about my helplessness. After discussing about me with doctors in ALIMCO, the charitable organisation gave me a tri-cycle. Necessary products were also provided to me to run a make-shift shop. Now, at least, I am able to earn my bread and butter and feed my family as well, Lipuna said with tears in his eyes.

“I am selling, chocolate, biscuit, chips and several other products,” the youth added.