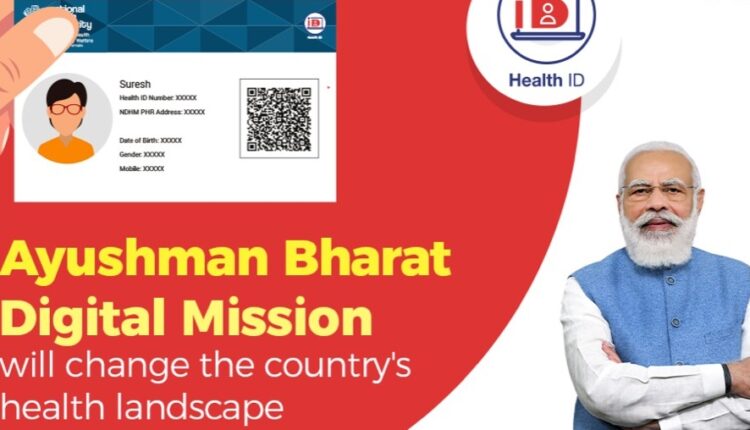 The Prime Minister underlined the fact that with 130 crore Aadhaar numbers, 118 crore mobile subscribers, about 80 crore internet users, about 43 crore Jan Dhan bank accounts, there is no such big connected infrastructure anywhere in the world. This digital infrastructure is bringing everything from ration to administration (Ration to Prashasan)  to the common Indian in a fast and transparent manner. “The way technology is being deployed in governance reforms today is unprecedented”, said the Prime Minister.

The Prime Minister remarked that the Arogya Setu app helped a lot in preventing the spread of corona infection. He lauded Co-WIN for its role in making India achieve a record administration of about 90 crore vaccine doses today, under the free vaccine campaign.

Continuing with the theme of the use of technology in health, the Prime Minister said that there has also been an unprecedented expansion of telemedicine during the Corona period, so far about 125 crores, remote consultations have been completed through e-Sanjeevani. This facility is connecting thousands of countrymen living in far-flung parts of the country every day with doctors of big hospitals of cities while sitting at home, said the Prime Minister.

The Prime Minister remarked that Ayushman Bharat-PMJAY has addressed a key headache in the lives of the poor. So far more than 2 crore countrymen have availed the facility of free treatment under this scheme, half of which are women. The Prime Minister emphasized that diseases are one of the key reasons to push families into the vicious cycle of poverty and women of the families are the worst sufferers as they always relegate their health issues to the background. Modi said that he has made it a point to personally meet some beneficiaries of Ayushman and he has experienced the benefits of the scheme during the interactions. He said, “these healthcare solutions are a big investment in the present and future of the country.”

The Prime Minister said Ayushman Bharat – Digital Mission, will now connect the digital health solutions of hospitals across the country with each other. The Mission will not only make the processes of hospitals simplified but also will increase ease of living, he added.  Under this, every citizen will now get a digital health ID and their health record will be digitally protected.

The Prime Minister informed that India is working on a health model that is holistic and inclusive. A model which stresses preventive healthcare and, in case of disease, easy, affordable and accessible treatment. He also discussed unprecedented reforms in health education and said a much larger number of doctors and par medical manpower is being created in India now as compared to 7-8 years ago. A comprehensive network of AIIMS and other modern health institutions is being established in the country and work on establishing one medical college in every three Lok Sabha constituencies is going on. He also talked about strengthening health facilities in villages and informed that in the villages, primary health centre networks and wellness centres are being strengthened. More than 80 thousand such centres have already been operationalized, said the Prime Minister.

Noting that today’s program is being organized on World Tourism Day, the Prime Minister remarked that health has a very strong relationship with tourism. Because when our health infrastructure is integrated, strengthened, it also improves the tourism sector.