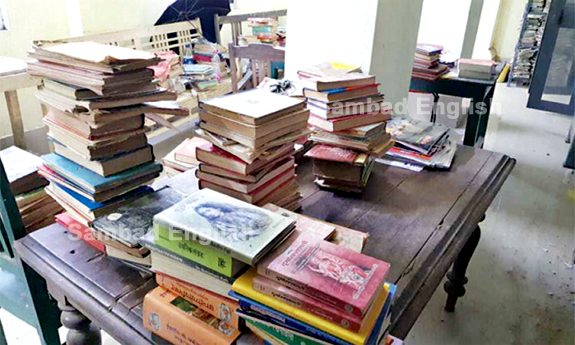 Puri: Shree Jagannath Central Library and Research Institute (SJCLRI), which was set up for researchers, scholars and exponents of Jagannath Culture nearly 30 years ago, has been facing admin neglect.

Allegedly, the lone research institute of its kind was started to propagate the cult in Odisha and outside. The centre has produced several noted researchers in the State. However, due to lackadaisical attitude and lack foresight of the government officials concerned, it is on verge of ruin now.

A source said that the institute was established on the premises of Jagannath Ballav Mutt in 1990 by the temple administration. Initially, it had more than 5,000 different books and magazines pertaining to Jagannath Culture. Many of the books were very old publications containing rare information about Lord Jagannath, the temple tradition and culture, the local intelligentsia added.

The facility possessed a number of books and magazines written in Odia, English, Bengali, Sanskrit and Hindi, thereby attracting hundreds of people keeping interest in the cult.

The research institute gradually ran down and was worst affected after being hit by cyclonic storm Fani. Following which, the library was indefinitely closed deterring the visit of scholars.

When contacted, Public Relation Officer (PRO) of the Jagannath temple Jitendra Kumar Mohanty said, “It has been targeted to include the library in Shrimandir Parikrama project.”

IITs have been the pride of the nation: President Murmu