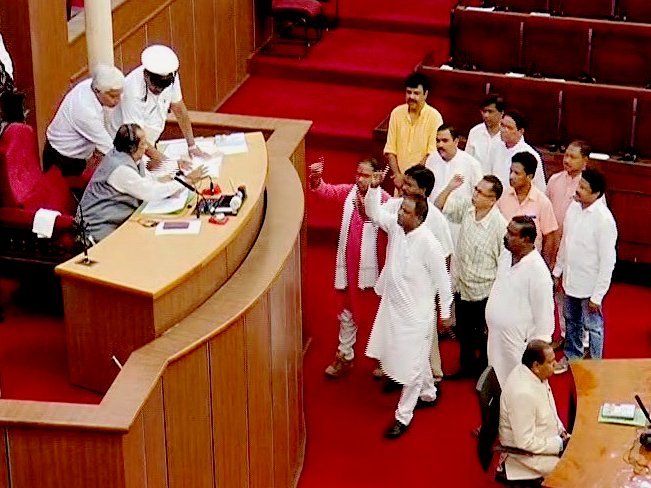 Bhubaneswar: The sensational triple murder in broad daylight near a police outpost in Pipili stalled Assembly with wild uproar by opposition parties in the House today.

The House witnessed pandemonium soon after the proceedings began at 10.00 am. Speaker Surjya Narayan Patro adjourned the House for 10 minutes following the ruckus by BJP members. Later, the House was again adjourned till 11.30 am.

As soon as the House met after 11.30 am, both BJP and Congress members created uproar condemning the government for lack of law and order situation in the state. They sought reply from the Chief Minister Naveen Patnaik over the issue.

Later, the Speaker adjourned the House till 3.00 pm.

Reacting over Pipili murder case, BJP Chief Whip Mohan Majhi said that the pandemonium will continue till clarification from the government.

Notably, three members of a family were brutally killed by some miscreants near Pattnaikiya chhak on Puri-Bhubaneswar main road in Pipili on Sunday afternoon in presence of several people.

Class I boy drowns while bathing in pond in Odisha

Farmer mauled to death by wild bear in Odisha’s Nabarangpur