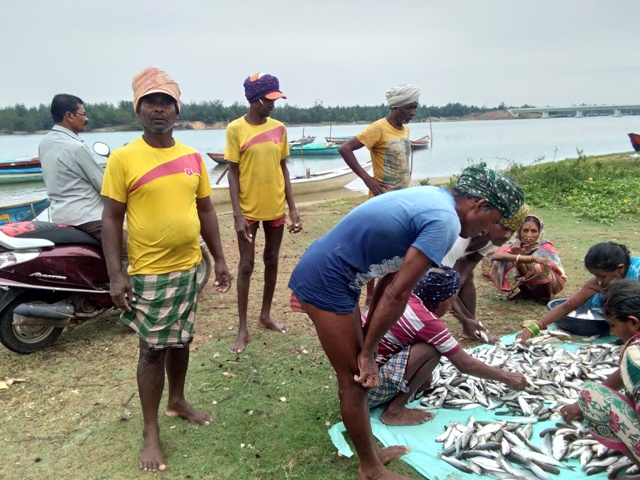 Chikiti: Despite setting up of marine police stations at various locations at Odisha coast, a large number of fishermen have gone missing in the past few years.

As many as 3,000 fishermen have disappeared so far from Sunapur village in Chikiti Tehsil on Odisha-Andhra Pradesh border in the past six years.

The fishermen of the particular village were suspected to have headed for other destinations in search of livelihoods.

As per 2011 census, the total population was 4,000 in Sunapur village where the number of households has now declined to 200.

“The saltwater fishes like Hilsa, Khainga, Surunga and Meji were plentily available here four or five years ago. The fishermen were earning by selling marine fishes in the market. However, that situation exists no more right now. Seems like all the fishes have disappeared from the sea, said Jagabandhu Behera, a fisherman at the village.

The locals complained of illegal fishing by the fishermen from Andhra Pradesh and Bangladesh that also created hindrance to carry out their occupation.

The Bahuda River mouth is just like their mother, who feeds them and gives them livelihood. They used to fish in traditional process. But the fish roes are getting destroyed due to illegal fishing boats by the fishermen from other areas. Neither the local fishermen are capable to compete with the outsider fishermen nor can they protest the illegal fishing. As their livelihood was affected here, most of the fishermen left for Puri for fishing and several moved to Tamil Nadu and Karnataka to be engaged as labourers, said a 60-year-old fisherman Trinath Behera.

In view of coastal security, the government had set up a marine police station here in 2014 with a purpose to keep close watch on illegal fishing, encroachment and to stop militant infiltration.

According to reports, many a time the fishermen had approached the local administration, police and elected representatives complaining of illegal fishing, encroachment by outside fishermen and environment pollution. However, their prayer gets unnoticed and unheard for which the locals started migrating to other states and districts in search of work.