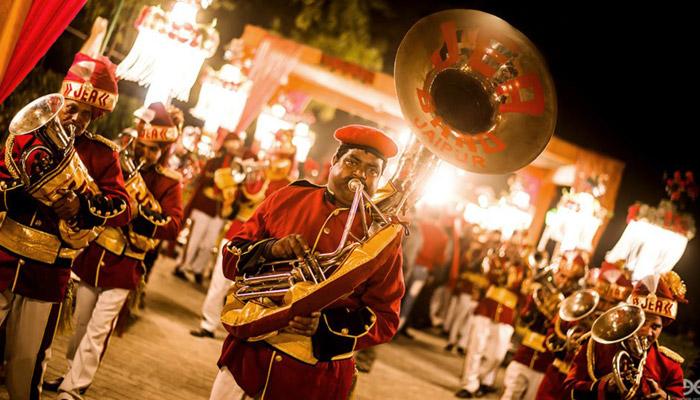 Bhubaneswar: After Bhubaneswar Municipal Corporation (BMC) made U-turn over its decision to impose tax on taking out all kinds of processions, upcoming guidelines by the Commissionerate Police regarding Baraat will cause a big headache for the denizens in the city.

The Commissionerate Police will not give its nod for taking out Baraat (marriage procession) on the road without presence of cops during the ceremony. The new guidelines will be in force from January 1, next year.

As per the upcoming guidelines, two security personnel will escort the Baraat to the wedding venue or mandaps or resorts. The cops will control the traffic and wedding procession to ease the traffic congestion.

Also, the marriage processions will be restricted on four prime routes — Cuttack Road, Sishu Bhawan Chhak-Vani Vihar, Airport-Nandankanan road and Sishu Bhawan Chhak-AG Square-Governor House route — in view of the heavy traffic jams on the routes due to Baraat.

A notification regarding the new guidelines will be issued soon for the public. The move came at a meeting attended by Police Commissioner YB Khurania, DCP Satyabrat Bhoi, Traffic DCP Krushna Chandra Samal and senior traffic police officers on Thursday.

Application to get licence for firearms to be made online in…

In view of the traffic congestions on major routes and clashes reported during wedding procession in the prime locations especially in Kharvela Nagar, Sahid Nagar, Janpath, Nayapally, Chandrasekharpur, Old Bhubaneswar, Ravi Talkies, Madhusudan Nagar, Gopabandhu Chhak, Bhimtangi, Nageswar Tangi residential areas, the Commissionerate police has come up with the decision to deploy two cops who will escort the wedding procession and control the traffic, said Khurania.

However, the guidelines may put additional pressure on the people who are taking part in the Baraat to witness the social event.

‘Baraat’ is customary for Indian people to travel to the wedding venue or bride’s house, accompanied by the groom’s family members. If the cops will escort the wedding procession, the family and relatives will feel a kind of restriction on them to enjoy the event, said Baijayanti Pradhan, a resident in Bhubaneswar.

Are the marriage processions causing pollution? If yes, the police should ban the polluting firecrackers during the ceremony. If clashes are taking place due to wedding procession, the consumption of liquor during the ceremony should be prohibited. It is completely unfair to impose the restriction in the social practice, she added.

“In the new guidelines, four major routes will be announced as the ‘Wedding Procession Prohibited Zones’ to reduce traffic jams. This may raise resentment among denizens as most the wedding mandaps, hotels and resorts are located in the prime locations. If the wedding procession will not be allowed on these routes, how the groom’s family will reach the wedding venue for the ceremony?” asked a senior citizen Manogobinda Panda.

“What about the traffic congestions that are taking place during off-season wedding months?” he questioned.

The traffic jam also occurs on these routes even if there is no month for wedding. I don’t think the Commissionerate Police is really concerned about public issues, he said.
Security personnel escorting the wedding procession is a welcome step to check any untoward incident. However, there is possibility that may charge money from the groom’s people for their service, as we always find the organization, outsourced by the BMC to give service to people, is asking for money from the residents. Even though, the organization is paid by the BMC for their job, its employees collect fee from the houses for service, said Lopamudra Satpathy, a home maker.