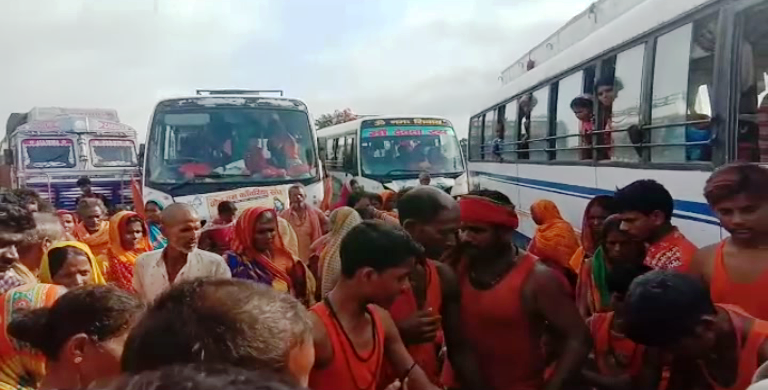 Balasore: Disguised as Motor Vehicle Inspectors (MVIs), five miscreants thrashed driver and passengers of a bus and looted over Rs 40,000 cash and gold from them near Laxmannath Toll Gate at Jaleswar here today. However, police later nabbed all the accused and are interrogating them.

According to reports, a private bus carrying tourists was en-route to Puri this morning, when the miscreants intercepted them posing as MVIs. They later asked the bus staff to show documents and sought penalty from them. When the driver asked the hooligans for ID cards, the latter thrashed him and looted Rs 10,000 from him.

Besides, the miscreants attacked and misbehaved with some passengers when they opposed. They also attacked some of the tourists and looted over Rs 30,000 and a gold chain from them. However, the passengers somehow mustered courage and caught hold of two of them while three others escaped.

Highway looters on prowl in Balasore: 3 robberies in 12…

“They stopped the bus and asked for fine. When we asked the miscreants to show their identity cards, they attacked us and misbehaved with ladies present in the bus,” said a tourist.

Irate over the incident, the tourist staged a road blockade on NH-60 near the Loknath Toll Gate. On receiving information, Jaleswar police reached the spot and detained the two miscreants and later the three others.

Meanwhile, the bus driver and a woman passenger, who had sustained critical injuries  in the attack, have been admitted to Jaleswar Government Hospital.

Caught on CCTV: Rs 1 lakh looted from scooter in…