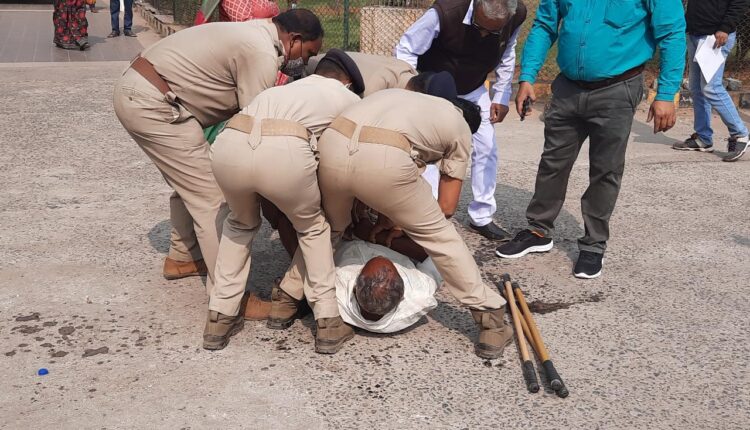 Angul: Tension prevailed in front of the Angul Collector office today after a man and his son attempted self-immolation alleging that they are yet to get a job in MCL Bharatpur mines even after being displaced for the project.

Sources said Suresh Behera of Suluda village in Talcher was displaced for MCL Bharatpur mines project. But none of his family members has been given a job in the company till yet. After repeated appeals made to MCL authorities and the district administration went in vain, Suresh and his son Ajay attempted to end their lives at around 11 AM today by pouring kerosene on themselves.

However, police foiled their suicide bid and took control over them. Later, the district Collector held a discussion with the two and directed Angul Sub-Collector to solve their issue at the earliest.