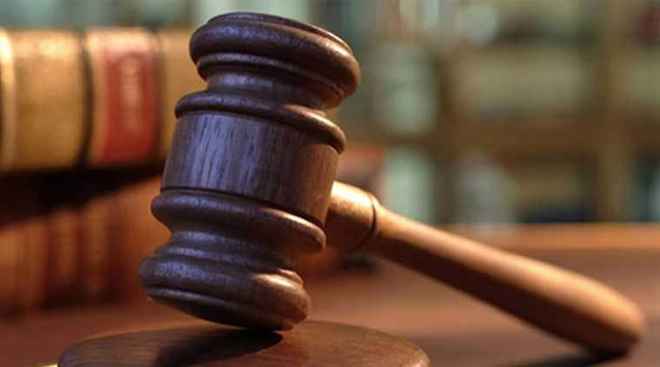 It was Harold J Laski who had famously said that “Responsible dissent is the essence of democracy”. In judiciary also dissenting opinion can set the pace for bolstering liberty, equality and human values that we all cherish. The US Supreme court with a history of two centuries has been at the vanguard of it and dissent has served as a mirror to the intelligence of a future day. A few defining dissenting opinion in US Supreme court can be recounted to buttress this observation. In Plessy Vs Ferguson (1896) the majority of judges ruled that racial segregation laws did not violate the US Constitution as long as the facilities for each race were equal in quality. Justice Marshal dissented and made the famous observation “Our Constitution is color blind. The arbitrary separation of citizens on the basis of race is wholly inconsistent with civil freedom and equality before law.

The above landmark dissenting viewpoint found its fruition in Brown vs Board Education (1954) when the court unanimously decreed clearly that ‘separate but equal doctrine’ and racial segregation in public schools are unconstitutional. It paved the way for racial integration in USA and bolstered civil rights movement from 1954 to 1968 to abolish institutional segregation, discrimination and disenfranchisement. In another case Dred Scott Vs Sanford (1857) the Supreme Court in a 7:2 verdict held that constitution was not meant to include American citizenship to people of African descent. Justice McLean the dissenting judge observed that “no naturalization is necessary to make a person a citizen. A citizen a free man.” These two cases will clearly reveal how in the USA deep color prejudices have been demolished by dissenting judgements.

In India some of the judges have shown exceptional courage and clarity of thought. Mention must be made of A K Gopalan Vs State of Madras case (1950) where the majority of judges held the power of detention by the state under Art 22 is not subject to judicial review as long as the procedure is complied with and that Art 19 (Right to Freedom), Art 21 (Right to Life) and Art 22 (Right to Preventive Detention) are not interlinked. Justice Fazal Ali dissented and was of the view that arbitrary preventive detention is indefensible. He was of the view that procedure mentioned in article 21 must be ‘fair and reasonable’. This unique dissenting judgement became the template for subsequent judgements by Justice Bhagawati and found its resonance in Maneka Gandhi Vs UOI Case 1978, when he insisted on the procedure to be free from arbitrariness. He also opined that Art 19, 21 & 22 are interlinked as they address the broad spectrum life, liberty and freedom, which is the life breath of constitutional democracy. Fazal Ali’s dissenting voice has become leitmotif of Supreme court as the watchdog of fundamental rights.

The most defining dissenting judgment in India has been given by Justice H R Khanna in ADM Jabalpur Vs SP Sukla (1976). The limited issue was whether during imposition of emergency, right to life stands suspended or not. While four judges felt helpless because Art 359 suspends all fundamental rights when emergency under Art 352 is in operation, Justice Khanna was of the view that Article 21 is not the sole repository of human right to life and liberty. Even if Article 21 was suspended, the state cannot deprive a person of life and liberty without authority of law. Justice Khanna invoked the famous statement of Justice Evan Hughes where the learned judge had said: “Dissent in the court of last resort is an appeal to the brooding spirit of law, to the intelligence of a future day when a later decision may possibly correct the error into which the dissenting judge believes the court to have been betrayed”.

As many as 41 years later in the Putta Swami case (2017) all the judges held that right to privacy is part of right to life. They also went into the ADM Jabalpur and the dissenting opinion voiced by Justice Khanna and unanimously upheld it. To quote Justice Kaul “The majority opinion in ADM Jabalpur Case is an aberration in constitutional jurisprudence of our country and should be buried tenfathom deep, with a no chance of resurrection.” Justice Nariman opined that the rule of law under a constitutional democracy can never be sacrificed at the altar of expediency. The Putta Swami case clearly reveals how the intelligence of a future day can free constitutional democracy from the claws of arbitrary arrest and restore habeas corpus as a fundamental right.

One of least discussed dissenting judgement was given by Justice Chelameswar in the NJAC case (2015) where the majority of the judges had struck down the constitutionality of a Committee system to select Supreme court and High court judges, instead of the collegium system, which consist of only Supreme Court judges. Many believe that the judges in order to protect their turf had invoked the basic structure doctrine to strike down a broad based committee to select Supreme court judges. The Committee system was also recommended by the National Commission to Review the Constitution under Justice Venkat Chaliah in 2002. In a scintillating judgement Justice Chelameswar had observed “Transparency is a vital factor in court governance. Proceedings of a collegium are absolutely opaque and inaccessible”. Excluding executive branch from the ambit of selection process is destructive of basic feature of the constitution which acts as check and balances. One hopes that the judges will see the merit of this dissenting opinion and revisit its 2015 judgement. A broad based selection process with representation from outside the judiciary would not only make the whole process more transparent but also act as a mirror in reinstating public confidence in the credibility of our democratic systems in which the role of the judiciary is paramount.