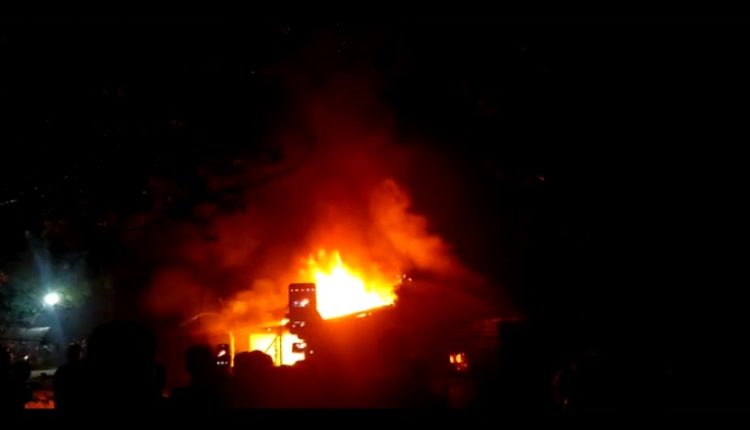 Soro: Tragedy struck Agira village under Soro police limits in Balasore district on Sunday evening after a 5-year-old child fell off a river bridge along with his drunk father while the duo was on their way to home for Diwali celebrations.

Though the man was rescued by the villagers, the child is yet to be traced in deep water.

The incident took place while Airi Munda, who was in inebriated state, was returning to home with his little son Bapun Munda after buying firecrackers last evening.

According to reports, the father-son duo had been to a market on a motorcycle to purchase crackers for Diwali celebrations. After shopping, Airi consumed alcohol at a country liquor shop near the cracker shop. While they were making their way back to home, the alcoholic father lost control over the vehicle and both fell off a bridge over the Kansa Bansa River.

Fortunately, the man was saved from the water, but the villagers failed to fish out his son.

The fire services personnel reached the spot to rescue the child, but efforts went in vain at night.

Following the incident, the irate locals set the liquor shop, from where Airi had consumed alcohol, on fire.

Today morning, the NDRF team conducted search operation in the river to trace the drowned child. Following long hours search, the body was recovered from the river.

Crackdown on illegal cracker units in Odisha; huge cache of…