Do not pay to anyone while crossing Romanian border: Indian Embassy tells students 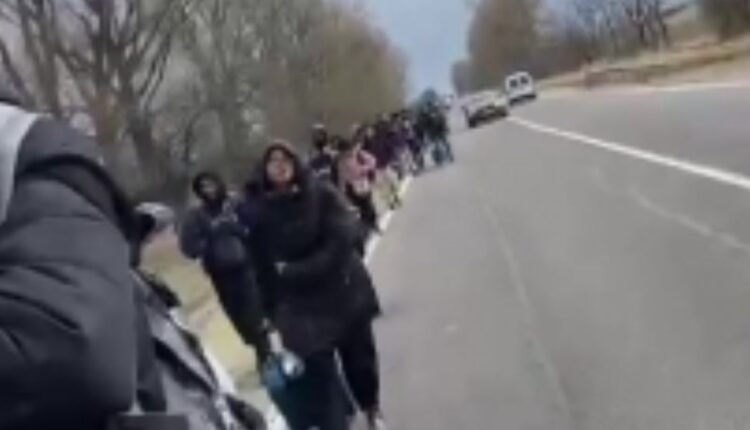 New Delhi: The Indian Embassy in Romania has urged the students to do not pay money to anyone for taking them from Romania’s border to Bucharest, the country’s capital.

In a tweet, the embassy said that it has been brought to their notice that some people are charging money to transfer Indian students from the Romanian border to Bucharest.

Urging the Indian students to refrain from paying money to anyone, the embassy said that all services provided by them are free, including transport to Bucharest.

“Pl. note that all services provided by the Embassy are free, including transport to Bucharest. Please do not pay money to anyone,” reads the tweet.

Meanwhile, Arindam Bagchi, Ministry of External Affairs Spokesperson, in a media briefing said that over 8,000 Indian nationals have left Ukraine since the first advisory was issued by the government.

“Six evacuation flights have landed in India bringing back 1,396 students and Indian citizens. These are four flights from Bucharest and two from Budapest,” Bagchi said.

He also said that over the next 24 hours, three more flights are scheduled to land in India bringing back its citizens.

“Two among them will be from Bucharest — one to Delhi and one to Mumbai — and the third flight will come from Budapest,” he said.

Meanwhile, an Air India Express aircraft left India on Monday afternoon from Mumbai. It is scheduled to bring back 182 stranded nationals from Romania’s capital Bucharest.