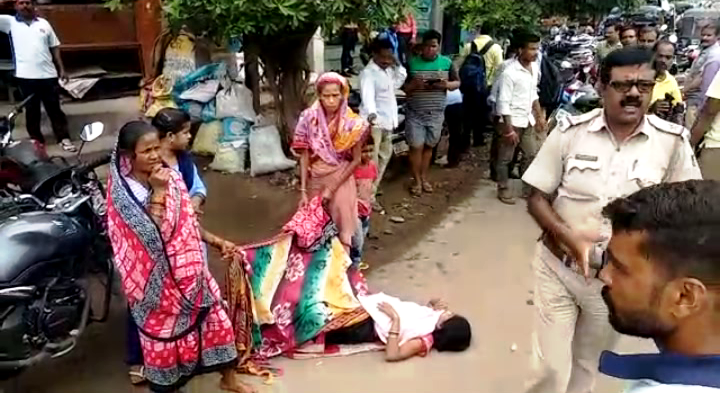 Berhampur: A doctor turned ‘messiah’ for a hapless pregnant woman by helping her deliver her baby on roadside near Courtpeta Chhak here today.

Moreover, the doctor later rushed both the woman and her newborn to MKCG Medical College and Hospital here for treatment post the delivery.

Reportedly, one K Parvati of Patrapur block in Ganjam district was being rushed to the MKCG Medical College and Hospital here in an auto-rickshaw after she complained of labour pain this morning. However, the auto driver abandoned the woman midway and left. Seeing the woman in pain, locals rushed to her and called up an ambulance.

While the ambulance did not reach the spot till late, a doctor, Smruti Ranjan Patnaik, who was passing through the road saw the woman in labour and stopped there to lend a helping hand. After conducting delivery of the woman, the doctor rushed the woman to MKCG in an ambulance.

Later, doctors at the hospital examined condition of both the mother and her baby, who were later stated to be stable.

“I saw a crowd while passing through the road and stopped by out of curiosity. After seeing the woman suffering from severe labour pain, i rushed to a nearby diagnostic centre and brought required tools to conduct the delivery with the help of a few medicos present at the site. Later, the mother and her newborn were rushed to MKCG,” said the doctor.

Rains likely across Odisha during next 48 hours