Does mushroom hold key to survival of mankind? 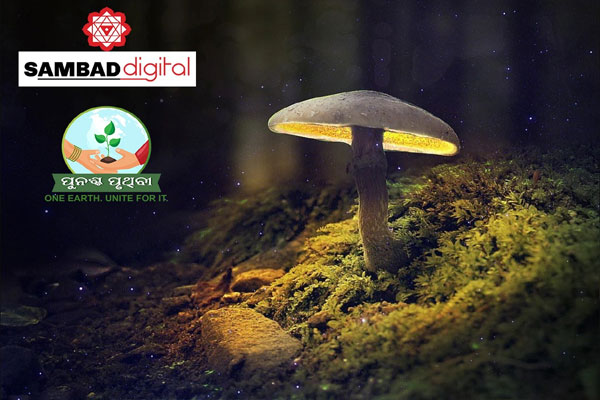 Bhubaneswar: “Mushrooms are gateway species that open doors for other biological communities,” American mycologist Paul Stamets once said during a TED Talk in which he suggested that mycelium (the root systems of mushroom) can help save the world.

Mushroom, as is known, is a fungus that has a fleshy, spore-bearing fruiting body. With a certain amount of temperature and humidity, it can grow anywhere, be it barren land, a block of wood or even on a piece of rock. Once developed roots on a certain surface, mushrooms bloom into a gigantic club within no time.

But, what good could these non-green, no-chlorophyll species do to save the environment?

Stamets, during his TED Talk, had proposed that mycelium is the Earth’s natural internet. It is highly branched and therefore has several alternative branches to transfer nutrients and (biological) information.

Since mushrooms lack chlorophyll, there are three different ways in which they bloom and carry on. They are:

Mushrooms play a key role in sustaining nature by acting as natural decomposers to the soil’s food web. They break down most complex substances in nature into simpler, usable ones. Given a certain period of time, they crush rocks into soil particles and then bind them together. Eventually, with enough accumulation of water and necessary nutrients, the soil turns home to new vegetation.

While pollution seems to be pulling the triggers for several environmental issues, thus jeopardizing the future of mankind on earth, an article published on www.weforum.org in 2018 suggested that certain species of mushroom like oyster mushroom could resolve that issue by digesting the hydrocarbons in the petroleum. There also are some other species of mushrooms that could absorb heavy metals like mercury and digest polyurethane plastics.  The article further accounted that scientists are running experiments to figure out if certain fungi could be able to absorb harmful radiation after nuclear disasters.

Another research suggested that mushroom mycelium could help restore damages in the environment by feeding on industrial and agro-wastes and protect plants by acting as natural bio-control agents.

So, would it be safe to consider that fungi, mostly mushroom mycelium, could be the keeper of the vision of a greener and cleaner environment!

[NOTE: This story is a part of ‘Punascha Pruthibi – One Earth. Unite for It’, an awareness campaign by Sambad Digital.]

Covid virus can modify itself for survival: Study