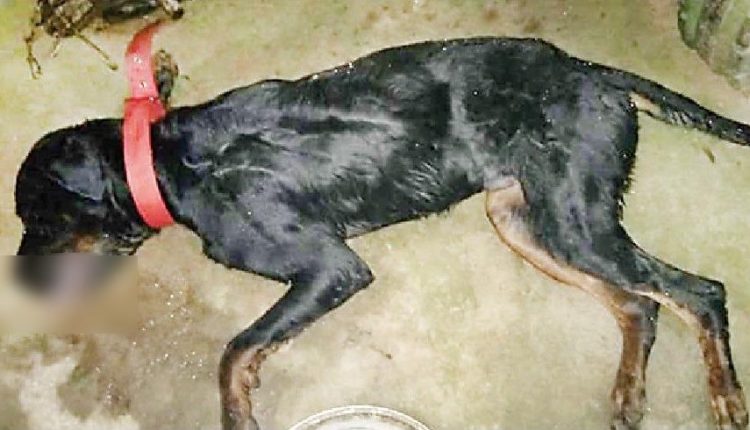 Bhubaneswar: A heroic dog made the supreme sacrifice to protect master’s family from a venomous snake.

Laden, a male dog, died from snakebite, but saved its master’s two little children. The incident was reported from Janla area on outskirts of Bhubaneswar on Monday evening.

According to reports, two grandchildren of Sunil Krushna Samantray, the owner of loyal dog, were playing under portico of the house and the pet was tied with a chain. The family members were also sitting there in the evening. During the period, a 5-ft-long cobra entered into the front yard. After seeing the snake, the family shouted with fear and two children started crying.

Without making delay, the fastened Laden jumped over the snake and wrestled to overpower the reptile. The brave dog gnawed the venomous snake following which the latter died and he fell down.

The panicked family members, who were watching the scene, rushed to check the condition of braveheart. However, stung by the snake, Laden laid down his life to protect his master’s family.

Richa Chadha: Humour a natural way of expressing myself