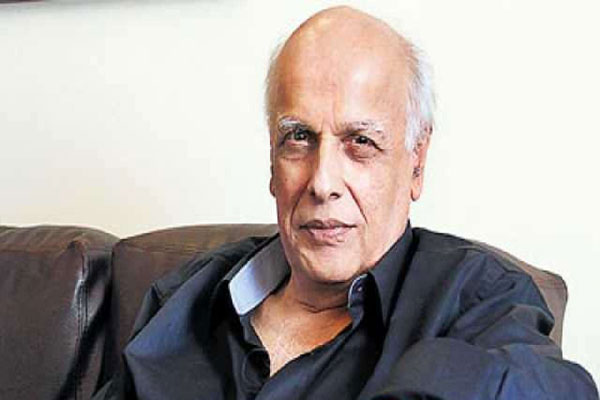 Kolkata: Filmmaker Mahesh Bhatt and Bollywood Badshah Shah Rukh Khan on Friday stressed on celebrating India’s diversity, with the auteur also lashing out against those imposing their language on the people.

“These are dangerous times. In the age of highest connectivity, we are the most divided. That’s why we need storytellers to tell stories that can bring us all together. The glue that held mankind together has withered,” Bhatt said at the inauguration of the 25th Kolkata International Film Festival here.

He said it was high time filmmakers realize their responsibility to ‘whip up’ hopes of a better tomorrow, in a scenario where the “structures all around us globally are collapsing”.

“I think the storytellers must do what mamas did at home. When the house fought and children fell apart mama would bring us all together by telling us the fascinating story that kindled hope. That’s what we are celebrating here today,” he said.

Bhatt said the leaders of mankind have no solution for the problems that stare at people. “It is we filmmakers, we storytellers, we artists who are generous people, Who will whip out from our hearts the idea of a better tomorrow, and then point in the direction and compel people to walk in that direction”.

Referring to ascetics Ramakrishna Paramahansa, Swami Vivekananda, and Sister Nivedita, he said the great seers and sages of the country had said underlined the need to ‘speak to a man in his language’.

“Don’t impose your language on people. This is a great country. And its greatness lies in its diversity. Let us celebrate this diversity,” he said, adding “As long as filmmakers are there, as long as artists are there, we will dare to hope and defy those who tell us to speak only one language”.

Shah Rukh in his speech hoped that wonderful films with great stories would continue to be made.

“We keep on making these wonderful films, have great stories to tell, and like Bhatt sab said, stories that will bind us together, bring us together, and celebrate our diversity, instead of questioning one another’s individuality,” he added.

Later, in her speech, West Bengal Chief Minister Mamata Banerjee praised Bhatt for being “very outspoken”. “When so many people are in fear, Mahesh ji expresses his mind candidly,” she said.