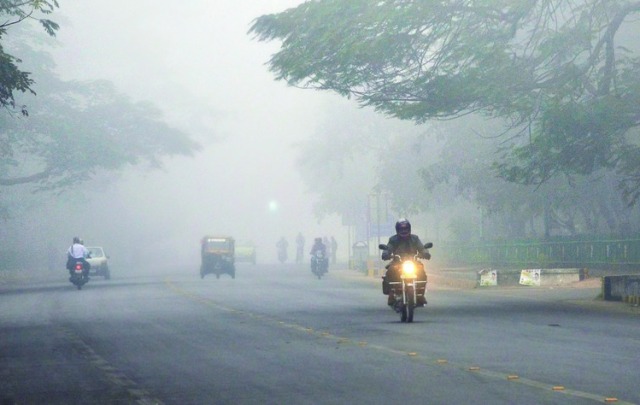 Bhubaneswar: Denizens in Bhubaneswar need not panic over the thick blanket of fog this morning, relating it to the alarming air pollution levels in the national capital as smog.

According to Regional Meteorological Centre, Bhubaneswar, the fog seen across the city in the morning is the mist caused by small droplets of water suspended in air ahead of onset of winter.

“It is not smog, but a type of mist in the air. This signals the onset of winter. Usually, smog level is found very little in Bhubaneswar. Such situation occasionally occurs mostly in coastal area due to anticyclonic flow and mist subsidence motion in the month of November,” said HR Biswas, Bhubaneswar MeT Director.

The mist type weather is likely to continue in next couple of days in Bhubaneswar especially during morning hours.

“As wind speed is minimal in the winter, pollution affects the atmosphere and air is not able to uplift the smog. But the level of air pollution found in Delhi is yet to reach such alarming levels in Bhubaneswar,” the weatherman added.

In the morning, the city today woke up to a smog-type weather creating panic among the residents. In the wake of air emergency declared in Delhi yesterday, the people were in assumption that severe air pollution has covered the city.

As per the Skymet weather data, the AQI in Delhi increased to 480 today, the highest pollution in air in the season. However, Bhubaneswar recorded 331 micrograms/m3 by 1.30 pm.

Logo of ‘Brands Of Odisha, Pride of India’ unveiled