Don’t repeat mistake, give BJP a chance in Odisha: Shah 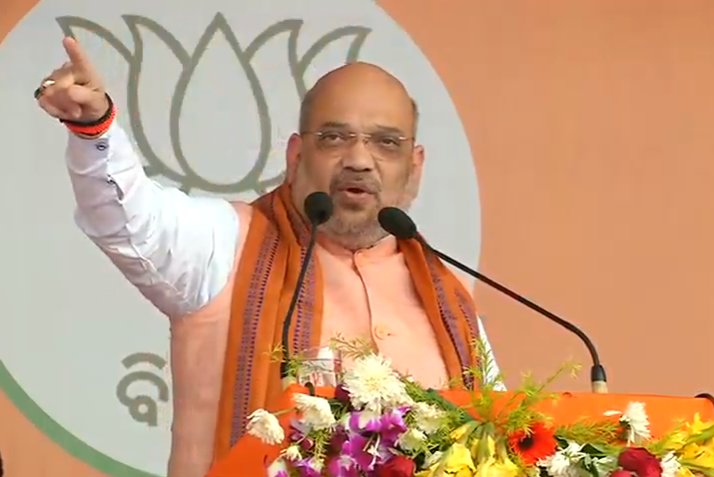 Addressing Vijay Sankalp Samabesh at Paralakhemundi in Gajapati district, Shah said the BJD Government has done nothing except corruption in the last 19 years of rule.  The Government is so much dipped in corruption that it did not even spare Ratna Bhandar of Lord Jagannath,” he alleged adding that a double engine Government of BJP is needed for the actual development of the State.

Besides, Shah took a jibe at BJD Supremo saying that it’s unfortunate for the people of Odisha that Naveen Babu can’t speak Odia without reading that even after 19 years of his rule in the State.

“On Utkala Dibasa, I appeal all the Utkal people to select a CM who can speak to you and understand your problems in your language,” he said.

He further attacked the BJD Government accusing the latter of showing step-motherly attitude towards western and central Odisha.

Shah called upon the people of Odisha to decide on two things: First, uproot and dethrone the Naveen Government from the State; secondly, give more votes to BJP to form Narendra Modi Government at the Centre.

The BJP National President later urged the people to give the party a chance to form a Government in the State and assured that the party will to make Odisha such a State, where youth will no more have to migrate to Gujarat in search of jobs.

“You gave Congress a chance to rule Odisha and last 19 yrs to BJD. I urge the people of Odisha not to repeat the mistake by voting BJD to power again. Give BJP a chance. If voted to power, the party will make Odisha the number one State in five years, Take pledge to remove the Naveen Patnaik Government from Odisha,” said the party national chief.