Dos and don’ts to bring good fortune on Dhanteras 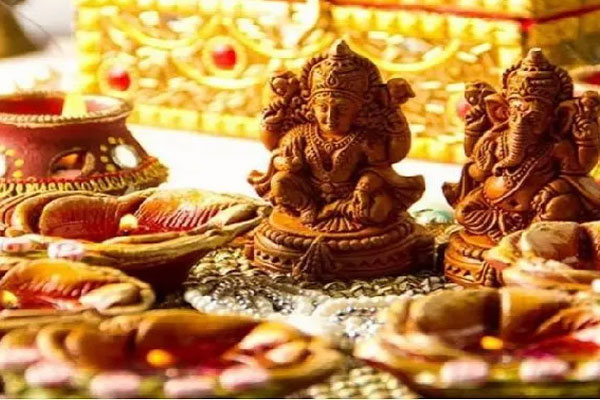 Bhubaneswar: Dhanteras, that marks the first day of  Diwali festival, has long been celebrated as an auspicious festival among the Hindus.  The believers buy jewelry and utensils on this occasion and invoke Goddess Lakshmi for wealth and prosperity.

Here are some lesser-known facts about Dhanteras:

1.       Dhanvantari, god of the elixir is also worshipped

Mythology has it that during the Samudra Manthan (churning of the ocean) between Devas and Asuras, it was on this day that Dhanvantari, an incarnation of Lord Vishnu appeared with a jar of elixir from the Manthan. Thus, the god of Ayurveda is worshiped for the betterment of mankind and get rid of ailments and sufferings.

The ministry of Ayurveda, Yoga, and Naturopathy, Unani, Siddha and Homeopathy, on October 28, 2016, declared that Dhanteras would be observed as National Ayurveda Day to celebrate India’s excellence in the science of Ayurveda.

Apart from gold and silver jewelry and utensils, brooms are purchased on the occasion of Dhanteras as it symbolizes the removal of poverty from households.

Houses, offices, and establishments are cleaned and lit with diyas on the eve to avert Yama, the god of death from entering to the houses. It is believed that it prevents the untimely death of members of the houses during the festival.

Purchasing gold and silver articles and utensils, kitchen appliances and automobiles on this eve is considered good luck. It preserves the wealth and prosperity of people. As cattle make the major sources of income for farmers, they adorn their cattle and worship them on Dhanteras.

This is because coriander is considered a symbol of good health.

It is believed that Goddess Lakhsmi is very fond of Gomti Chakra. Hence, people purchase it to welcome the goddess of wealth to their homes.

These things are believed to bring bad luck to households and thus, avoided from purchase.

9.       Purchasing should be done before and not on Dhanteras

It is wise to purchase cars or any other heavy appliance and gifts before Dhanteras and not on that day as money wealth is believed to be preserved at home and not given away on this occasion.

10.   Empty utensils are not taken home

Nothing empty should be taken home on Dhanteras. So, people fill water in empty utensils before taking them home.