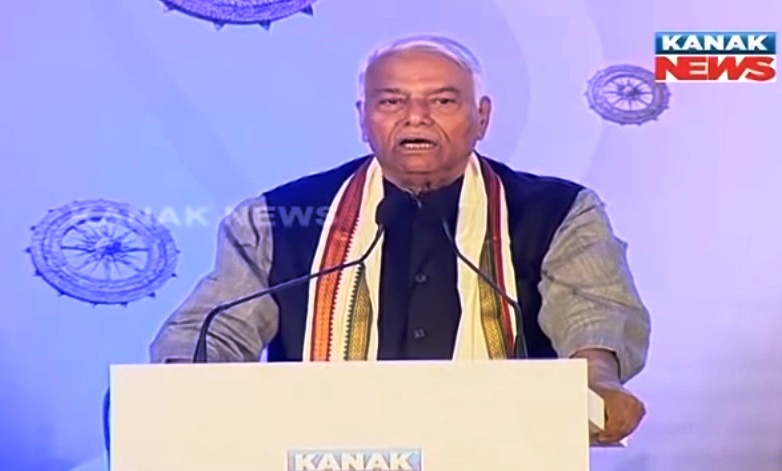 The former Union Finance Minister said: “Double engine is a recently coined phrase. Double engine means governments of a particular party at centre and state. This is against federalism. There has been silent tussle between state and Centre for unitarism and federalism. If the state and Centre has different governments then that is a disadvantage and could lead to less growth in state? Odisha has reaped the benefits of growth due to political stability in the state.”

The ‘double engine’ phrase refers to the same governments at state and Centre. Prime Minister Narendra Modi had mentioned about the phrase during inauguration of Sindiri fertilizer plant recently.

The bureaucrat-turned-politician lambasted the Prime Minister and his government for the way it is functioning.

“The government has abolished planning commission and it has been replaced by Niti Ayog. Niti stands for National Institution for Transforming India. Prime Minister had said he wanted to form Team India. It was envisaged that the Team India comprising of heads of states would work towards cooperative federalism and growth of state and centre. But, I am not sure where Team India is. Cooperative federalism is under threat,” he expressed.

Niti Ayog has become like a subsidiary of PMO. It is being used unauthorizedly to manipulate statistics, he alleged.

Reacting to Sinha’s statement, BJD spokesperson Amar Patnaik said: “I agree with Yashwant Sinha that it’s not necessary that same parties ruling at state and Centre will help better growth. Growth is dependent on state’s policies. Odisha has achieved better GDP figures since it came to power in 2000. Prior to that when Congress was in power at state and Centre Odisha had achieved very abysmal growth.”

COVID-19 Lockdown: 2 Maharashtra men travel all the way to…