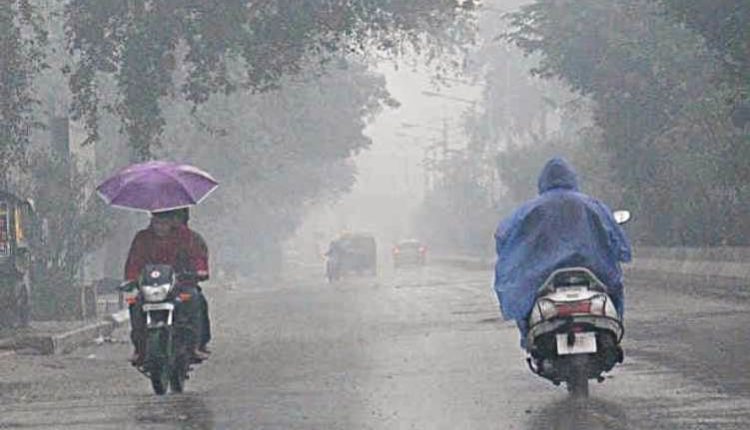 Bhubaneswar: A low-pressure area formed over the Bay of Bengal triggered heavy rain in several parts of Odisha on Tuesday and the downpour, coupled with gusty wind, is likely to continue in many areas till the weekend, the meteorological centre here said.

Under the influence of Monday’s cyclonic circulation over the northeast Bay of Bengal, the low-pressure area was formed on Tuesday, it said.

Light to moderate rainfall occurred at most places in north and south coastal Odisha and many places in the state’s south interior parts since Monday, while heavy to very heavy rain lashed some places in Puri district.

Rainfall of varied intensity or thundershower is likely to occur in most parts of Odisha till Saturday, which may cause water-logging in low-lying areas, the weathermen said.

Issuing an “orange warning” for several districts till Wednesday morning, the Met office advised people to remain prepared as heavy to very heavy rainfall is likely to occur at some places in Mayurbhanj, Balasore, Bhadrak, Jajpur, Dhenkanal, Keonjhar and Sambalpur districts.

The orange warning is for weather conditions that have the capacity to impact the life of people significantly.

Extremely heavy rainfall may also occur at one or two places in Keonjhar, Jajpur and Mayurbhanj districts, while heavy rainfall is likely to occur at isolated places over Kendrapada, Jagatsinghpur, Cuttack, Angul, Deogarh, Koraput, Nabarangpur and Kalahandi districts.

Similarly, heavy to very heavy rainfall is likely to lash isolated places of Sambalpur, Deogarh, Jharsuguda, Bargarh and Sundargarh districts, where the Met centre has issued an orange warning from Wednesday morning to Thursday morning.

Heavy rain will also occur at isolated places in Keonjhar, Angul, Nuapada, Sonepur and Balangir districts during the period, it said.

Some areas of Sundargarh, Keonjhar and Mayurbhanj districts will receive heavy rainfall on Thursday and Friday, while isolated places of Kalahandi, Balangir, Jharsuguda, Bargarh, Kandhamal, Mayurbhanj and Dhenkanal districts will witness the same on Saturday.

Under the influence of the low-pressure, surface wind speed reaching 40-50 kilometre per hour is likely to prevail over north Bay of Bengal, and adjoining west-central Bay of Bengal for the next two days, the Met centre said.

In view of rough weather, fishermen are advised not to venture into the sea during the period, it said.

With the met department forecasting heavy rain for the next few days, the Odisha government on Tuesday asked all district administrations to closely monitor the situation.

“The district administration should remain in readiness to meet any eventuality. Advice for fishermen should be strictly followed,” Special Relief Commissioner P K Jena said in an advisory to district collectors.

Low pressure forms over Bay of Bengal; these states likely…