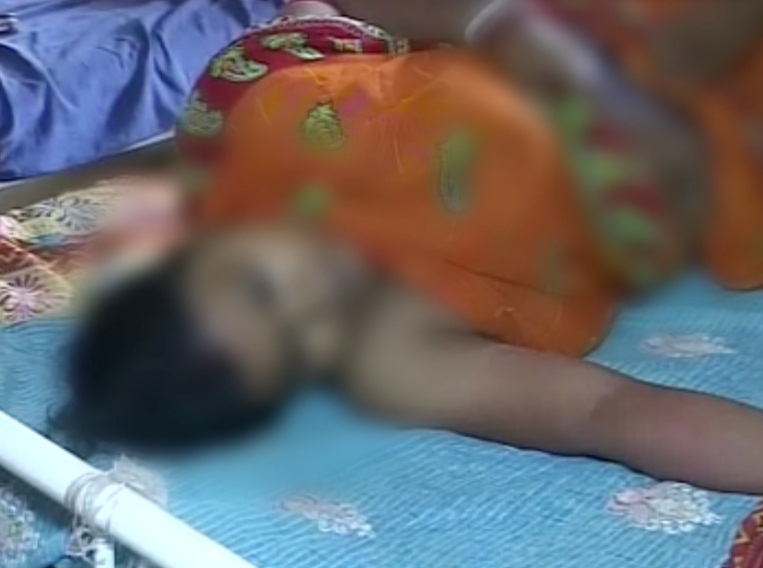 Balasore: In a shocking incident, a woman allegedly splashed acid on her daughter-in-law in Deula village under Bhograi police limits in Odisha’s Balasore district today for failing to fetch more dowry.

The victim who has sustained severe burns on her belly and lower limbs has been admitted to the District Headquarters Hospital here in a critical condition.

She was initially rushed to the CHC at Jaleswar by her husband and brother-in-law. She was later shifted to the District Headquarters Hospital as her condition deteriorated.

The victim has alleged that her husband and mother-in-law used to regularly torture her to bring more dowry. She has further alleged that yesterday she was severely thrashed by her husband on this account.

The victim had informed her parents about the incident over phone asking them to lodge a complaint with the police following which her mother-in-law got enraged and she allegedly splashed acid on the victim.

“They have been harassing me for the last four years since my marriage. Finally, my mother-in-law poured acid on me. My brother-in-law and husband had brought me to the hospital at Jaleswar. I want justice and my child,” said the victim who was sobbing.

“Yes we had asked for a two wheeler but since my father-in-law said that they cannot afford to provide it so we said okay then and the matter rested there. We have been married for the last four years and there has been no problem. It all started two days back. My mother hasn’t poured acid on her. I haven’t too. Had it been so I would have fled. Why have I brought her here to the hospital?, asked Rabindra Sahu, the victim’s husband.