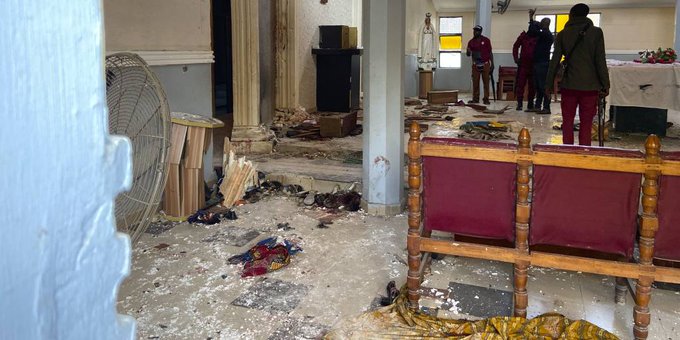 Lagos: Several were killed while dozens of others were wounded after gunmen entered a Catholic church in Owo, Nigeria’s Ondo State and opened fire on worshippers, police said.

No group claimed responsibility for the attack at St. Francis Catholic Church on Sunday.

Reports suggest the attackers also set off explosives during the attack in Ondo.

Nigerian President Muhammadu Buhari has expressed condolences for the families of the victims, and ordered emergency agencies to assist the injured.

“No matter what, this country shall never give in to evil and wicked people, and darkness will never overcome light. Nigeria will eventually win,” read a statement by the President.

Meanwhile, reacting to the attack, Pope Francis has expressed his solidarity with the victims and sent his prayers, Vatican News reported.

“The Pope prays for the victims and for the country, painfully attacked at a time of celebration, and he entrusts everyone to the Lord, that God might send His Spirit to console them,” said Matteo Bruni, the Director of the Holy See Press Office.

Sea sounds being drowned out by humans; experts raise alarm