Dozens shot in multiple US cities during Labour Day weekend 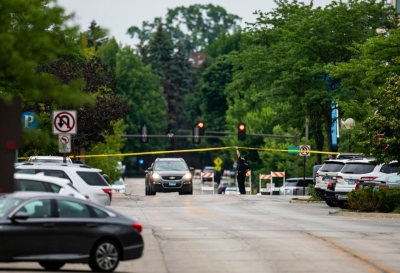 Washington: Dozens of Americans were shot, 15 people fatally, in multiple cities across the US during the Labour Day weekend, according to authorities.

Police in Chicago on Monday said that seven people were killed in gun violence and at least 44 were shot between September 2-3, reports Xinhua news agency.

ABC 7 Chicago reported that a 24-year-old man was hit with multiple gunshots in the back after several attackers ambushed him on September 2, while the individual was standing on a sidewalk.

That same evening, four men shot 45 rounds at a 15-year-old boy while he was walking in South Chicago. Two rounds pierced his back and the boy was hospitalized.

After midnight on September 3, a 31-year-old man was shot in the chest on Chicago’s North side and later died in a hospital, according to police.

Just hours later, a 22-year-old man died of multiple gunshot wounds after being taken to the University of Chicago Medical Center.

On September 3, a 28-year-old man was shot dead during an argument in Chicago at a gas station.

That same day, a 20-year-old man was killed by gunfire after an argument inside someone’s home, according to law enforcement.

So far no arrests have been made.

Philadelphia also saw a surge of gun violence over the holiday weekend.

Within 72 hours, at least 27 people were shot, with eight fatalities, according to Fox 29.

On September 3, two men were shot dead in the city’s Kingsessing neighbourhood.

And within a few hours, a 45-year-old man was gunned down in the city’s Hunting Park area.

On September 4, a 19-year-old man was shot dead during an argument at a drive-in restaurant in West Philadelphia.

Later, a 22-year-old was hit with bullets in the city’s Wissinoming area and hospitalized.

As of Sunday, Philadelphia had 364 homicides this year, and saw a whopping 2,440 shootings .

Critics noted that shootings and gun deaths have skyrocketed in cities such as Chicago and Philadelphia, where progressive lawmakers and city officials have called to defund the police.