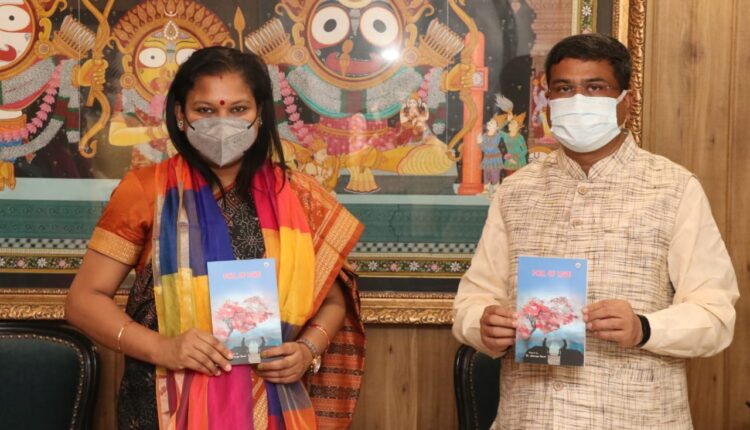 The book contains fifty poems. The poems, as the title of the book signifies, depict diverse facets of love and affection and a host of other emotions related to the central emotion of love.

The poet used a huge range of metaphors and images to delineate her emotions with immense personal indulgence. The poet composed the poems with immense psychological insight that goes into imbibing such a theme that has universality in its appeal and touch.

Her English is lucid and emotions intense and there is music in poem after poem of this anthology.

The poems are introduced to readers by the striking Forewords written by noted Poet and former Election Commissioner Dr Rabi Narayan Senapati and Deputy High Commissioner of United Kingdom to India, Andrew Fleming.

The readers will certainly enjoy reading the book.

The book was published by Authors Press, Delhi. Biswal is a Columnist, Poet and a Doctor. She is recently appointed as the National Secretary of BJP Mahila Morcha. Anyone can reach the poet on [email protected]

Bus fare hiked across all categories in Odisha; see here

This documentary to open Indian Film Festival of Melbourne