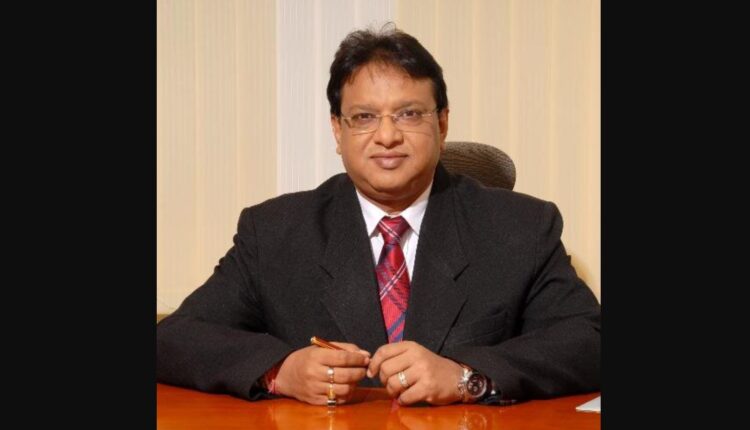 Every life is precious and as such loss of life involves its own set of adverse implications at times outside the emotional sphere among family and relations. However, there are some individuals whose absence becomes amazingly conspicuous, primarily due to their impactful actions touching many lives till sunset in their lives. This piece is a modest attempt to focus spotlight on Dr Bijay Kumar Sahoo who left for his heavenly abode on 3rd June 2021. The single most unfortunate bereavement about his departure is he did not die of his age. Even a stranger feels he deserved to live longer.

Though he was under intense medical care for last couple of weeks, seldom his precipitate demise would have ever struck to anyone knowing him even remotely. In the hindsight, it’s widely believed miracle should have happened for his survival. Sadly, the destiny had a different plan in store to unfold on the awful day. Aghast, he succumbed to his life-threatening ailment despite best possible and available humanly efforts. While he may have given in to the intimidation by his fatal illness, it’s only natural he would continue to stay alive through his rich legacies.

Not surprisingly given his stature, the abrupt disruption to the survival of Dr. Sahoo’s mortal life sent shock waves wide across much beyond the close circuit of family and relatives. No two ways the shock is prohibitively hard to withstand but the value eco system he built during his mentoring, would be the beacon light in enabling the survivors to march forward on the path he carved out.

I had the chance of knowing Dr. Sahoo in person. Every time, we interacted , to me a few of his messages appeared to be consistently resounding which pointed at one important aspect in life and the essence I quote in verbatim “Nurture a vision which is big and different, pursue with absolute integrity and passion -success you can take pride in, would chase you”.

It’s well known, Dr Sahoo had a brilliant academic credential throughout. Having topped in Science stream he chose to graduate in Commerce before qualifying as a Chartered Accountant. Dr. Sahoo earned massive fame among several circles in his pursuits for professional excellence at early age.

Notably, his perseverance and people connect aspiration did not break up the companionship with him even much after he decided to part ways with his original profession in order to embrace his real passion. It’s quite understandable that became a major turning point in his personal and professional life.

Important to highlight, Dr Sahoo was not an inheritor instead he relied on a zero-base approach when he embarked on his second innings as an educationist. He was blessed with remarkable courage to give up a handsomely remunerative calling which permitted him adequate family time as well. He switched to a territory no one in the family travelled before, nor was it a trend then for a person who was already experiencing steady rise in a profession he was trained in. Yet he happily went through that difficult decision-making process. That’s a testament how he wanted to live on his own terms by listening to his passion.

Dr. Sahoo built institutions one after another be it in IT or education space. He is not the first one to set up a corporation or an educational institution, but his institutional creations have many firsts to their credit. Significantly, his organizations have been awarded with several recognitions both nationally and internationally. In the process, he ensured Odisha makes inroads to the covert league of top institutions of very high repute. He barely settled in seeing dreams and in the process of prolific evolutions, he gifted world class-modern-contemporary learning infrastructures to the state.

The guiding philosophy has always been enabling access to everyone for quality education. The underlying motive has never been the commercial expediency and his leaving the lucrative accounting/auditing practice in a much before the retirement age with admirable achievements is the validation to prove that assertion. This reminds the saying, in the context of quitting profession, “you should leave your profession when people around ask why you are leaving and not when are you leaving”.  But this again needs raw courage, a rare breed of people can have it in them. He was undisputedly one among them.

Setting up organization is reflective of individual aspiration but the kind of organization being set up reflects the intent nourishing and propelling that aspiration. In his case, Dr. Sahoo, chose establishing best in class educational institutions, first-of-its-kinds in many ways often much beyond the usual features a school or college is perceived to be having. In a short span, he took those institutions to a level, not many can even comprehend despite their longer existence in that sector. Given his professional pedigree and domain expertise, he could have preferred indulging in setting up business empires of different kinds if the predominant intent was making fortunes out of alternative engagements. No, he could resist that temptation rather picked up a far more challenging affair.

Refusing to prioritize comfort and convenience in selecting a future path as a virtue does not happen to all by the way. Let alone the nuanced administrative aspects, even dealing with kids with heterogeneous backgrounds is not a joke by any measure.

Not just that, he went on building in seamlessly more and more enhancements to the existing models under the overarching scheme of qualitative learning. His flawless execution was one of his spectacular traits.  Dreaming high is one thing but pursuing that dream to reality by traveling the last mile is quite another thing.  He was master in both which made him splendidly accomplished.

As a recognition to his commitment to the cause, he was not only recipient of so many prestigious awards by several forums but also the State Government sought his assistance in improving the Adarsh Vidyalaya Sangathan by appointing him as its Advisor. His excellent contributions to this mission in terms of developing the future road map earned him an impressive degree of acceptance as a go-to person on substantive issues. He was given the position equivalent to the rank of a Minister of State which he rightfully deserved. It’s fair, the Government must be complemented for its sincere gesture towards its relentless penchant for investing in mass education which is the key to any development. On the other hand, his own establishments which though have attained enviable level of excellence and in the journey so many talents have been created from among several stakeholders, yet the sudden demise of Dr. Sahoo is too large a void which may barely be filled in the foreseeable future.

A person with an innate pleasant demeanor who was dedicated to cause of quality education, spread positivity through innovating learning engagements, endeared values which are not easy to practice but of enduring nature, advocated the concept of excellence and perfection under the caption “either be the best or be different from the rest” was snatched away well before the perceived life expectancy should ideally be remembered through his noble services in time to come.

While his institutions shall continue to flourish by following the missions and visions Dr. Sahoo was committed to during his life time, as a fair gesture on the part of the State, there is a merit to consider the idea of commemorating his Punya Tithi (Death Anniversary) as “Edupreneurship Day’. Probably this would be a befitting tribute by the State to the departed legend whose life was ruthlessly cut short. Besides, the proposal would enable the institutional archiving of Dr. Bijay Kumar Sahoo’s multi-faceted contributions filled with persuasive and inspirational currency. The proposed observation could be an effective way to immortalize his social capital for future generations to draw inspiration from and emulate his ideas.

The author is a columnist and writes on current affairs and Indian economy. He can be reached at [email protected]

Hope for the visually blind! Low Vision and Rehabilitation Services

Heading for U- shaped recession