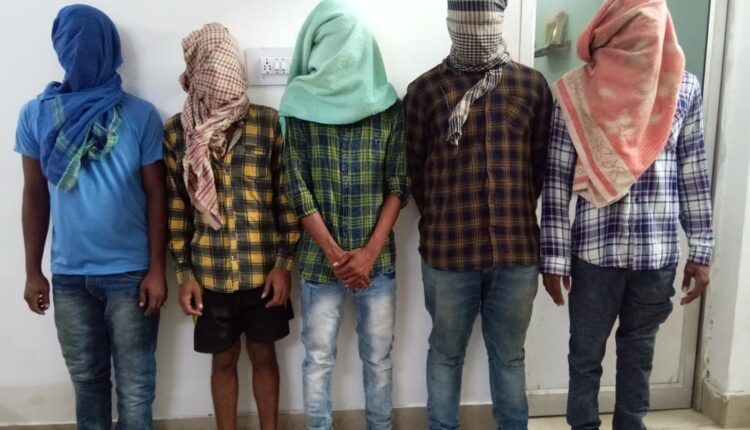 The criminals were apprehended by the Nayapalli Police from Barunei area in Khordha district while they were making a loot attempt in the State capital yesterday.

The accused persons have been identified as Shobharaj Maharana, Achyutananda Das, Ganesh Behera, Soumya Ranjan Mahapatra and Balaram Barik – all are slum dwellers at Salia Sahi under Nayapalli Police Station in Bhubaneswar.

A toy gun has been seized from the possession of Shobharaj. Police said that the criminal used to loot persons by showing the toy gun.

Several cases including murder, loot and bomb hurling are registered against Shobharaj. He is accused of killing a member of Sunami club located at Salia Sahi last year.

Police said that he was absconding in the murder case.

According to reports, Shobharaj and his aides had hurled bombs at a club member Rinku Swain on June 2, 2019. The victim succumbed to injuries at the SCB Medical College & Hospital in Cuttack. While his associates Santosh Reddy and Bikram Reddy were arrested in connection with the incident, he and 4 others were absconding.