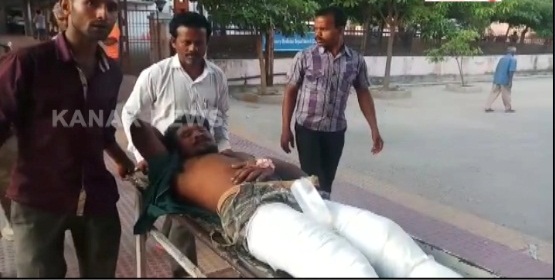 Rao sustained bullet injuries on his legs. He was admitted to MKCG Medical College & Hospital for treatment.

Besides Rao, two police officials of Sadar police were injured during exchange of fire between the criminal and police last night.

According to reports, a team of police opened after getting information found Mohan during patrolling at Jhadankuli area at around 4.00 am. Mohan, who was riding a bike, started firing at the police personnel to escape the spot. In retaliation, Inspector SS Mohapatra and SI Surjya Padhi opened fire at him and he fell off the bike.

Mohan was involved in several crimes and 17 cases are pending against him at various police stations.

Police recovered a pistol and Pulsar bike from his possession.