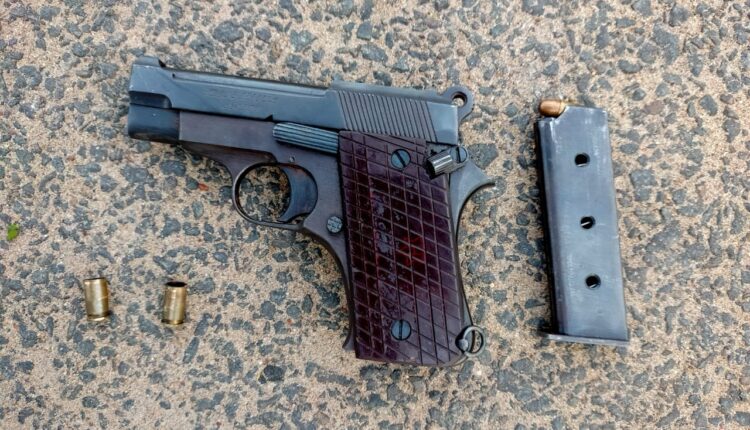 Acting on a tip-off, a team of police led by Khandarpur IIC conducted raid at around 6.30 AM at Paramahansa-Athanga Nai Bandha Road near 42 Mouza, Kathajodi Bridge under Kandarpur police limits to nab the criminal while he was coming from Cuttack towards Jagatsinghpur on a motorcycle.

On seeing the police, Raka opened fire on the raiding team. He was warned to surrender but he continued firing. In retaliation, the police opened two rounds of fire. In exchange of fire, Kandarpur IIC and SI sustained injuries.

Police managed to nab Raka with one country made 7mm pistol and three rounds live ammunition and one motorcycle (Apache bike).

The accused has been admitted to hospital and booked under section 394 IPC/ 25/27 Arms Act.

Raka is involved in multiple heinous crimes. As many as 10 cases had earlier been registered against him. Further investigation is going on, informed Cuttack DCP, Commissionerate Police.