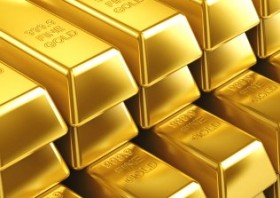 The Directorate of Revenue Intelligence’s (DRI) Delhi Zonal Unit has busted an around 7,000 kg gold smuggling racket and is probing the role of airline officials and others in it, an official statement said on Monday.

The Delhi Zonal Unit has busted gold smuggling of around 7,000 kg valued at around Rs 2,000 crore carried over the past two and a half years, said a Finance Ministry statement, adding that the case case came to light when officers of the unit seized 10 kg of gold at the domestic cargo terminal of IGI airport here during the night of September 1.

“The seized gold bars of 24 carat purity were admittedly smuggled into India through the Indo-Myanmar land borders and were brought to Delhi from Guwahati by a domestic flight.

“Market value of the total seized goods is around Rs. 3.1 crore. Involvement of the employees of the airlines and others is being investigated by DRI,” the statement added.

According to the statement, the modus operandi entailed bringing the precious metal to Delhi from Guwahati on 617 occasions by declaring it as valuable cargo in domestic flights operated by a particular airline.

This was done to avoid detection by Customs.

Two of the accused, a Guwahati-based businessman and his Delhi-based aide, have been arrested by DRI in Delhi and sent to judicial custody.

According to the Finance Ministry, intelligence reports reveal that huge quantities of gold bars of foreign origin are being smuggled from Myanmar through Indo-Myanmar border adjacent to Moreh in the state of Manipur and from the Zokhawthar area in Mizoram.

“Intelligence indicates that activities relating to smuggling of gold bars are continuing unabated. Detection of smuggling of gold through Indo-Myanmar border is challenging due to the topography and porosity of the land border,” the statement said.