Driven out by son, Odisha elderly couple seeks alms for a living 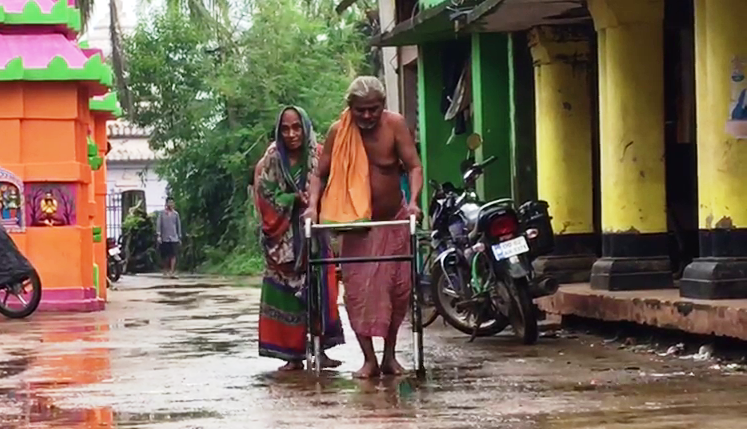 Puri:  Eighty-four-year-old Kumuduni Dei and her husband Benudhar of Anjira village under Kanas block in Puri district might have never thought that their adopted son will turn them into beggars in their old age.

Kumuduni, who had adopted her brother’s son Arjun, is now forced to beg people with her husband, who himself depends on a walker, to get food for their survival. The adoptee, who is supposed to be the only support system for the couple during the last stage of life, has abandoned them, sources said.

What is more disheartening that the hapless couple is yet to get justice even after bringing their plight to the notice of the state Government last year.

On September 27 last year, Chief Minister Naveen Patnaik after receiving their grievance had directed the Puri Collector and SP to take necessary steps following an inquiry in this connection. Over a year has been passed, nothing has been done to help the octogenarians, who are toiling hard to survive.

Though the couple had a happy life with son Arjun much before, things began to sour between them when the latter got married and became a father of two kids. He left his elderly parents in a shanty and stayed separately.  It is also alleged that Arjun used to torture his parents both mentally and physically. With no option left, the helpless couple chose to go for begging door-to-door for food.

When asked, Arjun said he does not have any relation with the elderly couple and he will not do anything for them.

Two killed, over 10 injured in group clash in Odisha’s…