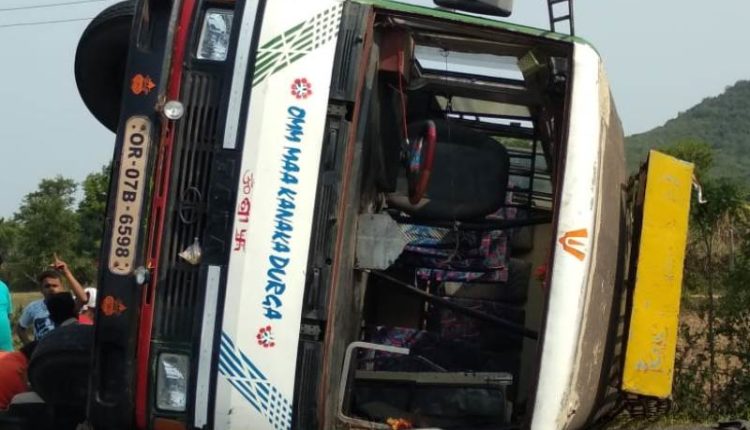 Bhanjanagar: A driver was killed and six passengers sustained injuries after a bus overturned in Kabisuryanagar area of Odisha’s Ganjam district today.

The deceased was identified as Hara Prasad Palai of Polasara area in Ganjam district.

The injured persons were admitted to the Community Health Centre (CHC) in Kabisuryanagar for treatment.

According to reports, the bus carrying the passengers overturned near Budhamba village in the afternoon.

While the driver died on the spot, six passengers were injured in the mishap.

Earlier in the day, a truck driver died in a separate road accident in Jujumara area in Sambalpur district.

India snubs Pakistan: PM’s plane not to use its airspace