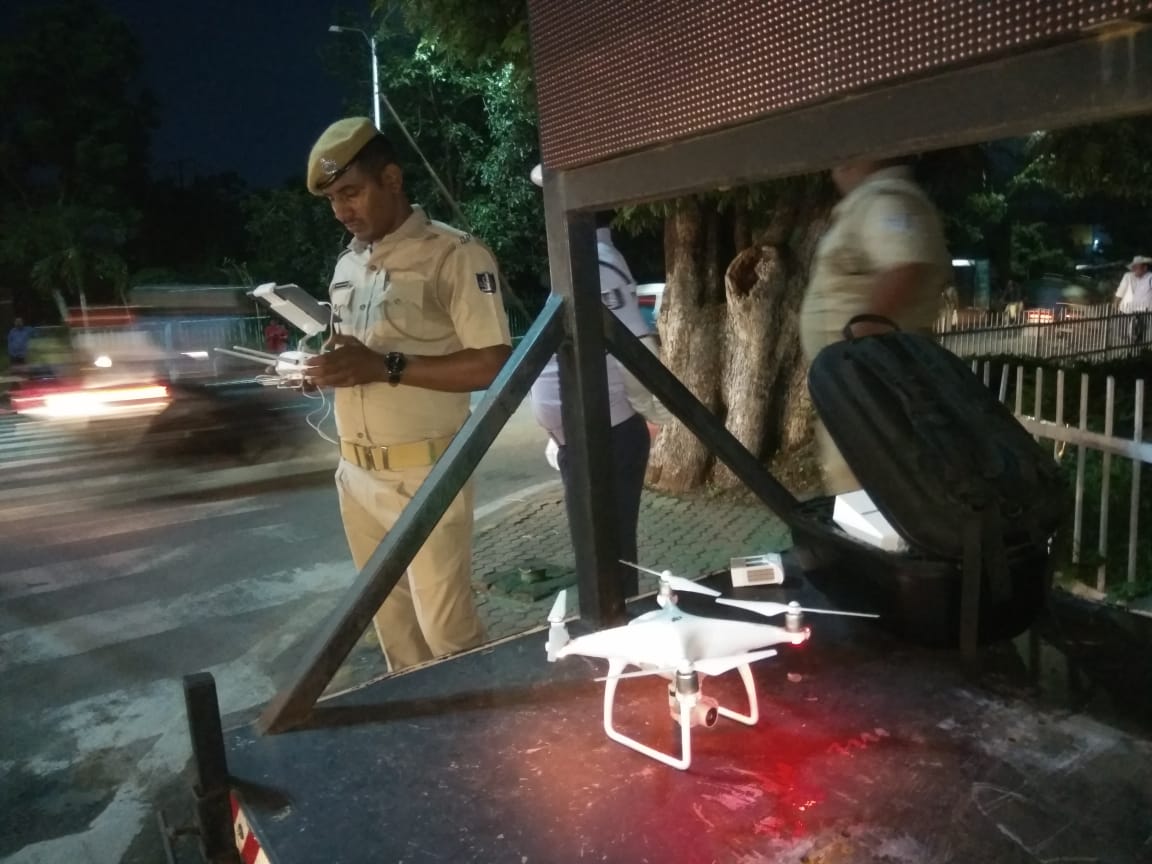 Bhubaneswar: Traffic violators, beware! Drone cameras will now keep an eye on your driving in the state capital.

Taking a major step to ensure better traffic management in the capital city, Commissionerate Police today declared the stretch from Rabindra Mandap to Biju Patnaik International Airport (BPIA) as ‘no overtaking zone’. As part of the new rule, drone cameras will be used to keep a strict vigil on violation of traffic rules like overtaking and zigzag driving on this major route.

And, a heavy fine will be imposed on people violating the traffic rule under Motor Vehicle Amendment (MVA) Act. The initiative aims at ensuring lane driving, no overtaking and adherence to Zebra Crossing rules.

“We have appointed a IPS officer as the DCP of traffic. She along with her team will work to solve various traffic woes in Bhubaneswar and Cuttack. Overtaking has been a major concern for us. Be it two-wheeler or four-wheeler, people are seen indulged in overtaking  these days. It is not possible to deploy police personals everywhere to check overtaking. I would request all commuters to follow lane driving,” said Police Commissioner Sudhanshu Sarangi.

The rule will be implemented on Rabindra Mandap-Airport road on pilot basis and later replicated in other areas of the Smart City, he added.

Also Read: 19-km stretch in Odisha capital to be ‘no tolerance’ zone

Worth mentioning, the route from Rabindra Mnadap to Bhubaneswar Airport is considered to be ‘posh zone’ of the capital city. Several prominent buildings and establishments, including Legislative Assembly, Lok Seva Bhawan and Capital Hospital come under the zone. Many VVIPs and VIPs commute on the stretch everyday. The Commissionerate Police declared the route as ‘no overtaking zone’ in view of heavy flow of traffic on the road.

Earlier this month, Commissionerate police had declared the 19-km stretch between Nandankanan to Airport as ‘no tolerance’ zone.