Drop in economic activity due to demonetisation is transient: Jaitley 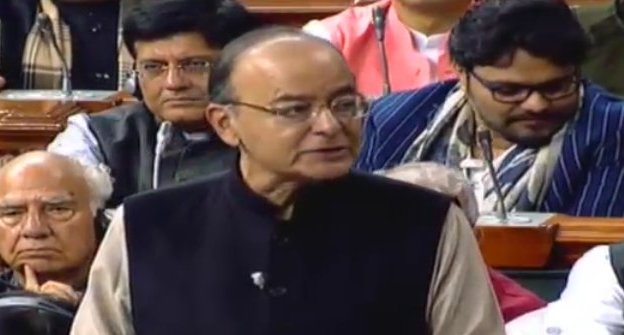 Finance Minister Arun Jaitley on Wednesday said that the drop in economic activity due to demonetisation was only transient and its effect would not spill over to the next financial year.

“Demonetisation has a strong potential to generate long-term benefits in terms of increased flow of financial savings and greater formalisation of economy,” Jaitley said here while presenting the Union Budget 2017-18 in the Lok Sabha.

“The effects of demonetisation are not expected to spill over to the next year. We firmly believe that demonetisation and Goods and Services Tax (GST) will have an epic impact on the lives of people,” he added.

The Economic Survey, released on Tuesday, took into account the possible fallout of demonetisation of high value currency, and sharply cut the GDP growth for 2016-17 to 6.5 per cent, from 7.6 per cent last financial year.

Demonetisation was a bold and decisive strike in a series of measures to arrive at a new normal of bigger, cleaner and real GDP, Jaitley said.

The measure helps transfer resources from tax evaders to the government and there is early evidence of it in the increased capacity of banks to lend, Jaitley said.

“We are moving from informal to formal economy and the government is now seen as a trusted custodian of public money,” he added.

The Finance Minister said that tax evasion had become a way of life and had bred a parallel economy, which demonetisation aimed to change. (IANS)