Drugs, Ganja worth over Rs 1 crore seized from Bhubaneswar outskirts 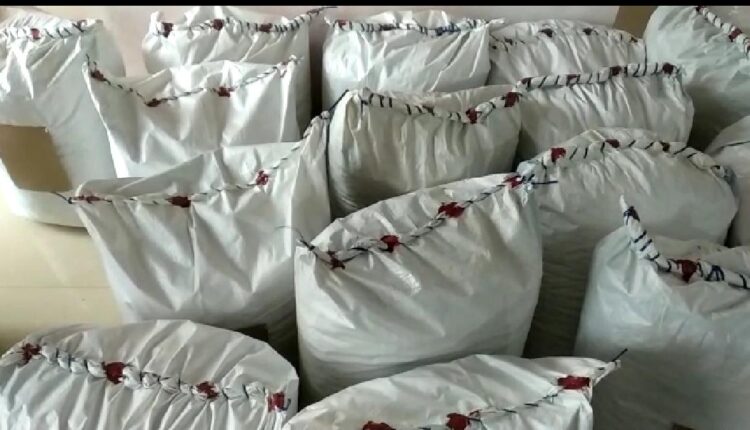 Khordha: In a major catch, the Narcotics Control Bureau (NCB) today seized 700 kg ganja worth around Rs 70 lakh from a coir-laden truck near Godipada toll gate in Khordha.

The officials also arrested the driver of the truck and are interrogating him in this connection.

Sources said the cannabis were being smuggled to Bihar from Srikakulam in Andhra Pradesh. Acting on a tip-off,  the NCB officials conducted a raid intercepted the vehicle near the toll gate before seizing the contraband item.

In another seizure, the Quick Action Team (QAT)of Commissionerate Police and Balianta police sized 300 gram brown sugar worth Rs 35 lakh from Pahala area on Bhubaneswar outskirts this morning. The narcotic item was being transported to Bhubaneswar from Jaleswar area of Balasore district, when the cops intercepted the vehicle and seized it, sources said.

The cops also detained three persons in this connection and seized cash of Rs 55,730, two motorcycles and three mobiles phones from their possession.

The three accused are SK Safiruddin alias Sapu (32) and SK Raja (35) of Rajpur Basti in Jaleswar and Bapi Nayak of Jagannathpur under Balianta police limits in Khordha district. A case has been registered at Bantala police station under Sections 21 (c) of NDPS Act and further investigation is underway.