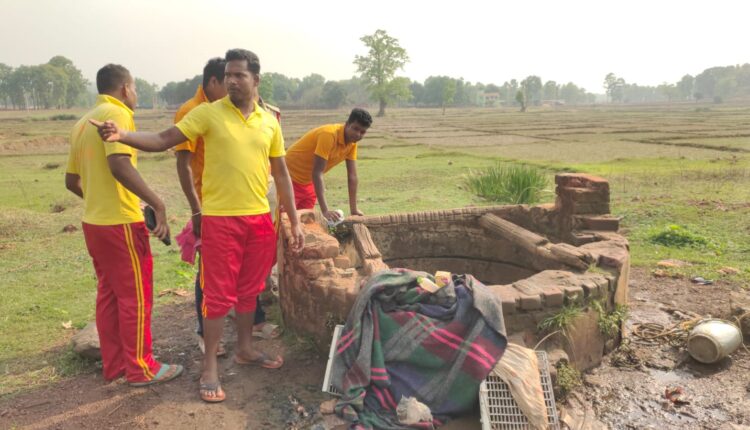 Sundargarh: In a highly shocking incident, a man allegedly killed his three children and threw the bodies into a well at Kula village under Koida police limits in Odisha’s Sundargarh district, last night.

According to reports, accused Pandu Munda returned home yesterday in an inebriated state after consumption of liquor and tried to attack his wife Dhubali Munda with an axe. The woman fled the spot in a bid to save her life.

However, things turned extremely violent after that as Pandu hacked his 5-year-old daughter Seema, 2-year-old son Raju and two-month-old daughter with the axe, killing the three inside the house.

He later threw the bodies into a nearby well. The accused absconded after committing the heinous crime.

On being informed, police reached the spot, recovered the bodies for post-mortem and started an investigation into the incident. Efforts were on by cops to trace and apprehend Pandu.

The accused had allegedly murdered five members of the family and thrown the bodies into a well in a similar way, three years ago.