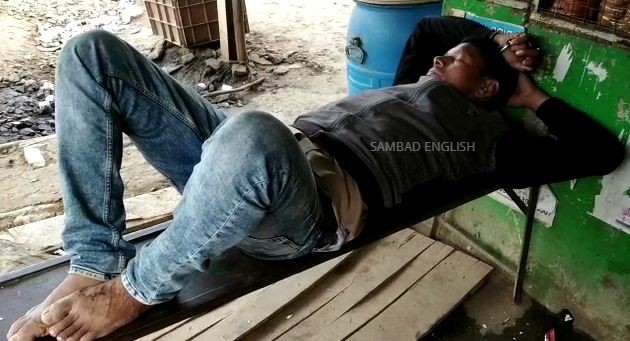 Baripada: An SI of police posted in Odisha’s Mayurbhanj district has been suspended for allegedly consuming liquor and being in an inebriated state during duty hours.

Sachidananda Kishan, SI of Betnoti police station in the district, has been placed under suspension by SP Smit P. Parmar for dereliction of duty and misconduct in public.

According to reports, the cop was yesterday found lying on a bench at a shop near the police station after liquor consumption. A video of the incident surfaced on social media and went viral.

Locals apprised the SP regarding the incident, following which the official took action against the SI.