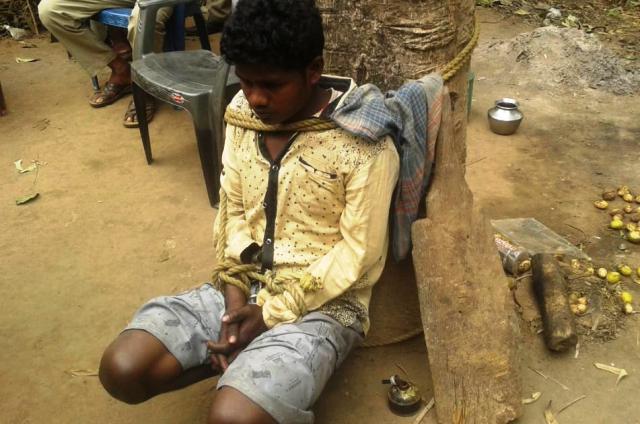 Baripada: A youth allegedly murdered his grandfather while being in an inebriated state at Dantiamuha village under Betnoti police limits in Odisha’s Mayurbhanj district.

According to reports, Ramachandra Dehury (25), the accused, returned home last evening after consuming country liquor. He then started assaulting his grandmother Rama Dehury.

After his grandfather Benudhar Dehury (70) opposed the act, he thrashed the elderly person mercilessly with a wooden plank. As Benudhar fell down, Ramachandra strangled him to death on the spot.

On being informed about the incident, Betnoti police reached the village and arrested Benudhar.